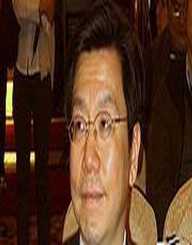 Kai-Fu Lee is a famous computer scientist from Taiwan. He is currently based in Beijing, China. He was born on December 3, 1961, in Taipei, Taiwan to a historian, Li Tianmin and a legislator from Sichuan, China. He was also a micro-blogger, an IT venture capitalist, and an executive. He has written up to 60 papers in computer science and books on speech recognition.

As his Ph.D. thesis, Kai-Fu Lee invented a speech recognition system that happened to be the world's first. He later worked at SGI, Apple, Google, and Microsoft as a high technology manager. In 2005, there was a legal dispute between Google and Microsoft, in which Lee was the chief focus. In July 2005, he invented Google China which served through up to September 4, 2009.

Lee is one of the most popular micro-bloggers of this time. He is the most followed people on social media with more than 50 million followers. He created a website known as 'Wouxewang' which he committed to giving back to the community by aiding in sponsorship and mentorship programs. Lee also began a Venture Capital Fund to inspire computing and internet start-ups.

Kai-Fu Lee was born to a historian from Sichuan, China and a legislator, Li Tianmin on December 3, 1961, in Taipei, Taiwan. Lee later moved to the U.S when he was 12 in 1973. He went to school at Oak Ridge High in Tennessee. When he cleared high school, he proceeded to Columbia University to pursue computer science. Lee then graduated in 1983 with a degree in Bachelor of Science.

Later in 1988, Kai-Fu Lee acquired a Doctor of Philosophy (Ph. D) in computer science from Carnegie Mellon University. He cleared his doctoral dissertation on Sphinx, the first continuous speech speaker-independent system in 1988. He invented and designed the world's first speaker-independent continuous speech recognition system which was known as Sphinx. He then used this name for his thesis.

To aid the computer players to win the U.S national tournament, he co-founded a system known as 'Bill' which was Bayesian learning based. This method was then used on Othello, a board game.

Kai-Fu Lee became a member of the university faculty after he graduated from Carnegie Mellon University. He later worked at Apple in 1990 as a chief research scientist. He leaded groups in charge of programs like Apple Bandai Pippin, Casper, Plain Talk and Gala Text which is used in Mac computers. He worked at Apple through till 1996.
He joined Silicon Graphics in 1996 when he left Apple. After a year he became the head of Cosmo Software, a multimedia software division.

In 1998, Kai-Fu Lee had to relocate to Beijing, China when Microsoft offered him a job. While in Beijing, he played a huge role in establishing the Microsoft Research (MSR) division which is currently known for being among the best computer science research laboratories in the whole world. With time, its name was converted to MSR, ASIA.

In 2005, Kai-Fu Lee was enticed by a revolutionary offer from Google in which they were offering a compensation of more than $10 million in cash and $1.5 million after a year. He then began his Capital Fund in 2009 which later changed to Innovation Ventures when he left Google. This action affected Google; it had to stop censorship and had to move to Hong Kong. This $100 million venture capital was aimed at creating five of the most booming Chinese start-ups of the internet in a year and flexible mobile internet for businesses or hosting services which were known as cloud computing.

His Innovation Works fund has drawn several investors, like Steve Chen, the co-founder of YouTube, Foxconn, the manufacturer of electronics contract, Legend Holdings and the executive manager of PC maker Lenovo.

Kai-Fu Lee has written two different books about speech recognition and up to 60 papers in computer science. In 1998, his doctoral dissertation got published as a Kluwer monograph. With the help of Alex Waibel, a researcher at Carnegie Mellon University, he edited readings in his work on speech recognition.

Kai-Fu Lee co-founded the Othello program 'Bill' which won at the U.S championships, beating a human champion. He created the Microsoft Research Division in Beijing, China in 1998. He founded Google China in 2005 which changed to Google Asia. In 2009, he founded 'Innovation Works' which was designed to assist the Chinese to start their technology firms. In late 2009, he helped establish an online company, Light in the box holdings. Co., Ltd. which offers a range of products.

In 2002, Kai-Fu Lee was admitted to the Institute of Electrical and Electronics Engineers. He received an honorary Doctorate Degree from the City University of Hong Kong in 2010. In 2012, Lee was named the most influential Micro-blogger Sum Weibo. In 2013, ‘Time’ also mentioned him as among the top 100 most influential people in the whole world.

In 1983, Kai-Fu Lee got married to Shen-Ling, and they had two kids, Jennifer and Cynthia. He, along with Google was sued by Microsoft at the Washington State Court after they claimed he broke the company's agreement, having started to work for Google less than a year after he left Microsoft. In 2005 however, the five-month dispute between Microsoft and Google ended in a settlement before it could be taken to trial.

In 2013, he got barred from Weibo for three days after complaining about China's Microsoft after using the site to air his complaints. Lee was diagnosed with Lymphoma September 2013,

His admission into Harvard was not accepted, and he was put on the waiting list for Princeton, Yale, and Stanford. All his life, Kai-Fu Lee never at any time had a girlfriend; his sisters had to set up a blind date for him with Shen Ling. They wedded a year later in 1983. He spent 17 months of Lymphoma treatment in Taiwan. He then went back to proceed to work in China.