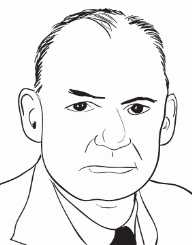 John Franklin Enders was born on February 10, 1897, in West Hartford, Connecticut, USA. His parents were Harriet (Whitmore) and John Enders. The family was extremely rich, which allowed John Franklin Enders to have everything he needed to have a successful life and career.

As a youth, John Franklin Enders first attended Noah Webster School. He later enrolled in St. Paul’s School. After finishing high school, John Franklin Enders began attending Yale University. He stayed here for only a year before he left to serve in World War I. After the war, he returned to Yale, where he graduated from with a bachelor’s degree in 1920.

After finishing his studies at Yale, he tried his hands at a few professions, none of which he was very good at. He later returned to school, this time attending Harvard University. At first, he was unsure of what to study. He first studied literature and then began studied foreign languages, like Celtic. Later, he made friends with some of the medical students at the school, which encouraged him to become a medical student as well. His main focus of study within the medical field was bacteriology and immunology. He wrote his thesis on anaphylaxis. He graduated from the school with a Ph.D. in 1930.

John Franklin Enders served in World War I in the United States Army Air Corps. Here, he worked as a lieutenant and flight instructor. He served until the war only until his time was up. After this war, he never served in the military again.

After earning his Ph.D., John Franklin Enders began working at Harvard as an assistant in the bacteriology and immunology department. While working here, he also worked on the research. However, he did not work alone. Some of the scientists he worked with included Ward and Shaffer. Together, along with Wu, they were able to explain some actions and traits of polysaccharides.

In 1935, he was promoted to assistant professor at Harvard. Six years later he was promoted to associate professor. Still, he continued his research. He became especially interested in viruses. In 1941, he began studying the mumps. He began finding antibodies or this, which helped to make it easier to diagnose when a person had the mumps. It also made it easier to find out what caused the disease. Because of his research, it became easier for even the common people (with little to no medical training) to prevent getting the mumps.

During World War II, John Franklin Enders founded a laboratory at the Children's Medical Center in Boston, Massachusetts. By joining this lab, he had to quit his job at Harvard. While here, John Franklin Enders continued his research on viruses, this time working with Frederik Robbins and Thomas Weller (as well as Kane, Levens Stokes, Etc.). Together, the continued Ender’s research on the mumps, and also started their own research on the chicken pox. While studying this, they tried to use the polio virus against the chicken pox, which had different results than expected. However, they were able to use these results to later make a vaccine for polio in 1953.

In 1954, John Franklin Enders and his team began researching to find the cure to the measles. (It was also around this time that he began working at Harvard again). To study the measles virus closer, John Franklin Enders and his team isolated it. While trying to find the cure for measles, he tested his vaccine on humans, rather than animals that might have a different immune system. One of his first rounds on humans were on cognitively impaired (which were at the time called mentally retarded) children. The trails were a success, and the measles vaccine was finished in 1962.

Near the end of his career, John Franklin Enders began studying viruses related to cancer. He made great leaps in his research, but he was not able to cure cancer, as cancer is much more complicated than a virus.

All of Ender’s awards and accomplishments are due to his advancements in medicine. Some of his most prestigious awards are listed below.

John Franklin Enders was a member of a number prestigious societies and groups. Some of the groups he were in were the Royal Society, British Medical Association, Society for General Microbiology, Académie Royale de Médicine de Belgique, and the Deutsche Akademie der Naturforscher.

John Franklin Enders married Sarah Bennett in 1927. The couple had two children: Sarah and John II Enders. The marriage ended sadly with Bennett’s death in 1943. He later remarried to a woman named Carolyn Keane in 1951. From this marriage, John Franklin Enders gained one step-son: William Edmund Keane. This couple was married until Ender’s Death.

John Franklin Enders died on September 8, 1985, in Waterford, Connecticut, USA. He was 88 years old when he passed away.