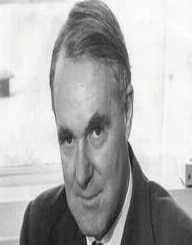 John Cornforth was born on the 7 September 1971 in Sydney, New South Wales, Australia. His father was an Englishman who had graduated from Oxford University, and his mother was Hilda Eipper, an Australian of German descent. He was one of four children. Cornforth was brought up in Sydney as well as the regional city of Armidale in New South Wales. When he was a young boy, he started experiencing hearing loss, which led to deafness. He was a gifted student and began studying at University when he was sixteen years old.

He matriculated from Sydney Boys High School and then enrolled at Sydney University. Because of his hearing disability and inability to hear lectures, he concentrated on laboratory work. He graduated in 1937 with a first-class honors chemistry degree and a University Medal. After twelve months of post-graduate work, he was awarded an 1851 Exhibition scholarship to Oxford University (1939-1941). The other recipient of the award was Rita Harradence who was an organic chemist who would later become his wife.

John Cornforth and Harradence traveled to the UK in 1939, at the outbreak of WW II. At Oxford, the couple finished their work on steroid synthesis and were both awarded doctorates. They then started work on the penicillin research project. Cornforth wrote the Chemistry of Penicillin, which was published by Princeton University Press in 1949 which was about the collaborative international project.

Cornforth made a discovery relating to the synthesis of the steroid and worked with Robinson at the Medical Research Council’s National Institute. In 1951 they completed the first total synthesis of the non-aromatic steroids. During his time at the National Institute for Medical Research Cornforth worked on projects with other scientists. One was with George Popjak focusing on cholesterol

Popjak andCornforth were appointed directors of the Milstead Laboratory of Chemical Enzymology which was established by Shell Research Ltd. He worked with Lord Rothschild until the former left the laboratory in 1970. A project to study the stereochemistry of enzymic reactions by asymmetry artificially introduced isotopic substitution was undertaken. In 1975, Cornforth joined the University of Sussex as the Royal Society Research Professor.

Along with Vladimir Prelog, Cornforth was awarded the 1975 Nobel Prize in Chemistry for research on the stereochemistry of enzyme-catalysed reactions. Other awards include

John Cornforth married Rita Harradine in 1941, and the couple had three children. They remained married until Harradence’s death in 2012. John Cornforth died on the 8 December 2013 in Sussex, England.