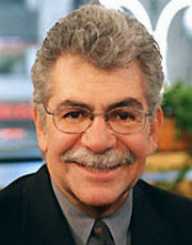 Joel Siegel was Good Morning America's a well-loved movie critic whose service ran for over 25 years and won him multiple awards. Before being a movie critic, he also wrote stories for a number of magazines before venturing into the TV.

Joel Siegel was married a number of times during his life. His first marriage was in 1976 to film editor Jane Kessler who died in 1982 from suffering a brain tumor. He married a second time to Melissa Nina De Mayo, but their marriage ultimately ended in divorce. He then married for the last time on June 21, 1966, to Ena Swansea and gave birth to their son Dylan in 1997. When cancer struck a second time for Siegel, he knew he was running out of time with his son, so he wrote the book entitled Lessons for Dylan: From Father to Son which was published in 2003.

Upon graduating from UCLA, Joel Siegel started working a number of jobs such as a newscaster and a disc jockey while freelancing in the advertising industry. As a freelance writer, his work was spotted by a representative of The Los Angeles Times and worked for them for some time, as well as other publications such a The Rolling Stones.

He also served as the writer for jokes for Senator Robert F. Kennedy. A year later in 1968, he started working as a copy-writer and producer to an advertising company called Carsons/Roberts Advertising where he one of his jobs entails naming ice cream flavors for Baskin-Robbins.

Joel Siegel's literary work at the Los Angeles Times caught the attention of a CBS executive who hired him at the WCBS-TV as a feature correspondent in New York. There, he honed his skills and was paired with the show's producer. When his producer shifted to WABC-TV, he offered him a position of which Siegel obliged. They worked together on Eyewitness News where he started his work as a theater and film critic.

Siegel's career as a film critic bloomed when he joined Good Morning America in 1981. It was also during this time where he showcased his literary skills by publishing his first work entitled The First. The First was based on the life of African-American baseball player Jackie Robinson and was adopted in Broadway that premiered at the fall of the same year. His work at The First garnered him a nomination for Best Book for a Musical in the 1982 Tony Awards.

In 1997, Joel Siegel was diagnosed with colorectal cancer, the same year he and his wife received the news of her pregnancy. He underwent treatment for the illness such as chemotherapy, radiation, and surgery. Two years later, his CAT scan revealed an injury on his left lung and resumed chemotherapy while still working for GMA. On June 29, 2007, he lost the battle with cancer and died a little short of his 64th birthday in his New York home.

When Joel Siegel was still a university student, he became a civil activist and aided in the voter's registration of the African-American community at Georgia and also marched alongside Dr. Martin Luther King Jr.

Long before his cancer diagnosis, he became an advocate for cancer-related issues. He helped established Gilda's Club, an organization directed to gives aid to cancer patients and their families. He even extended his advocacy to the government urging people to have a colonoscopy in 2005 at the Colorectal Cancer Month in front of the State. The same year, he shared his experiences from the disease at a literary piece entitled One at a Time in The Oncologist.