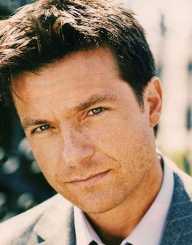 Jason Kent Bateman is an American actor, producer, and director who was born on January 14, 1969. His popularity increased when he became known for his role in the sitcom Arrested Development. He has starred in other films.

Jason Kent Bateman was born on January 14, 1969, in Rye, New York. His father, Kent Bateman, is an actor, director and producer and his mother, Victoria Elizabeth, was a Pan Am flight attendant. His father was also the founder of the Hollywood repertory stage in. His siblings include his sister, Justine Bateman, and three-half brothers. When he was four years old, his family moved to Salt Lake City, Utah. They later moved to California. When he reached ten years, he began his professional career and started working in commercials. His father managed him during his acting up to 20 years when Bateman dissolved the business relationship. Bateman and his sister supported their parents with their acting.

In 1980, James Bateman appeared in the Golden Grahams commercial and began his acting career in TV Little House on the Prairie. In the period between 1982 and 1984, he was a supporting actor in Silver Spoons. He took up some other small acting roles like in the third season of Knight Rider in 1984. He was given a starring role in It's Your Move, by NBC from 1984 to 1985. In Teen Wolf Too, Bateman gained international recognition, but the movie was a failure.

In the year 1994, James Bateman played in a number of series, which never concluded one season. They include Simon and Some of My Best Friends. The other series, which he acted during his period, were Chicago Sons and George & Leo. In the year 1999, he directed Two of a Kind for one season. In 2008, he co-starred on Hancock with Will Smith. In 2007, Bateman co-acted with Garner in the comedy, Juno. In 2009, he acted on Extract, State of Play, Couples Retreat and Up in the Air. In 2010, he starred in The Switch and 2011 he took a role in the film, Paul. In 2012 he starred in the thriller, Disconnect, and in 2013 he acted in Identity Thief.

From 2003 to 2006, James Bateman led the role in the critically acclaimed Arrested Development series which however never had high ratings but was revived in 2013 helping him to win several awards from it. In 2010 created "DumbDumb Productions,” with his co-actor in Arrested Development that focuses on digital content. In 2004, Bateman acted in Dodgeball: A True Underdog Story.

In 2005, Bateman underwent a health scare, and a benign polyp was removed through surgery. He also had alcohol and drug addiction.

In 2005, James Bateman won Golden Globe Awards for the Best Performance by an Actor in a Television Series – Musical or Comedy in Arrested Development and has been nominated in many other categories.