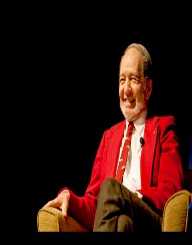 Jared Diamond was born on September 10th, 1937 in Boston, Massachusetts. He is famous for being an American scientist. In addition to this, he is highly acclaimed for his writing works. Some of the notable science books that he has released include The Third Chimpanzee – 1991, Guns, Germs, and Steel – 1997, and Collapse – 2005.

Jared Diamond was born on September 10th, in 1937. Both Diamond’s parents were Jewish emigrants who had moved to the United States. Louis Diamond, his father, worked as a physician. On the other hand, Flora Kaplan, his mother was a teacher. She was also a concert pianist. It is from her mother that Diamond learned how to play the piano right from the time he was six years old. Later in life, Diamond enrolled with the Roxbury Latin School and went to Harvard College where he graduated with a bachelor’s degree in anthropology and history. He went for his doctorate at the University of Cambridge.

Considering the potential that Diamond had in his career, he was considered back in Harvard as a Junior Fellow. He remained in Harvard until 1965. Three years down the line, he got a job at the UCLA Medical School as the professor of physiology.

When Diamond was in his twenties, he developed a second career which delved in ecology and ornithology. His area of specialization was particularly in New Guinea and other neighboring islands. He did not stop there as he developed a special interest in a third career which was in environmental history. This earned him the role of being the geography professor at the UCLA. In 1999, Diamond was bestowed with the National Medal of Science. A decade later, he earned an honorary doctorate from the Westfield State University.

Career As An Author

Besides his academic achievements, Diamond has also moved strides with his career as an author. His first book that was highly acclaimed was The Third Chimpanzee – 1991. This was followed by his second science book Guns, Germs, and Steel. This work also brought Diamond to the limelight after its publication in 1997. In the same year, he published Why is Sex Fun? He took a short break before later publishing Collapse in 2005.

Jared Diamond wedded Marie Cohen. She is the granddaughter of Edward Werner, a Polish politician. The two have got twins who were born in 1987.

Jared Diamond is a proud atheist.