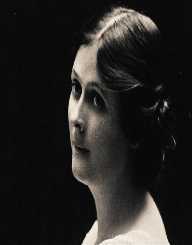 Janet Lane-Claypon was born on February 3, 1877. She was a famous English physician. She is credit for having been among the founders of epidemiology science. She went ahead and pioneered the use of case-control studies and cohort studies.

Lane-Claypon was a bright child right from the beginning and that she was homeschooled to the time she went to the university. She joined the University College in London in 1898. Here, she pursued philosophy alongside Ernest H. Starling. Later on, she graduated from the university in 1902. She had obtained first class honors and was awarded a gold medal. She continued with her higher studies and went on to obtain her doctorate in 1905.

After that, Lane-Claypon enrolled with the London School of Medicine for Women where she obtained her MBBS in 1907. Three years later she earned her MD. Her academic achievement brought in the notion of ‘Doctor-Doctor’ trend, something that was not present at this time.

Upon completing her MBBS, Lane-Claypon went on to become a research fellow with the Lister Institute of Preventive Medicine. To her advantage, she had obtained a studying scholarship from the British Medical Society. Here, she instigated her research on the biochemistry of milk and bacteriology. Through her research, she revealed the effect that heating had on bacterial contamination. Additionally, she unveiled the existence of hemolytic factors in milk. This discovery was an important breakthrough as it opposed the misconception that heating milk had the effect of destroying its nutritional value. Years later, her discoveries were published in written form.

In 1910, Lane-Claypon got herself a job at the Battersea Polytechnic as a physiology teacher. During this period, she continued with her child welfare research that she had been assigned to do. Accordingly, she toured frequently traveled to Sweden and other nations.

Shortly after, she left Battersea Polytechnic and went to lecture at the King’s College for Women. At the same time, she also offered her services at the London Government Board. Here, she worked as an Assistant Medical Inspector. This is a post she held from 1912 to 1916.

From 1916 to 1923, Lane-Claypon was promoted to the post of a dean at the King’s College for Women. Similarly, in 1916, she had been assigned a task of writing a book on breastfeeding by the Medical Research Committee.
Milk and Its Hygiene Relations, her second book was published in the same year. This was followed by other hygiene-related works including The Child Welfare Movement – 1920 and Hygiene of Women and Children – 1921.

In 1923, Lane-Claypon took over as an investigation officer at the Cancer Committee of Ministry of Health. The following year, she published Cancer of the Breast and Its Surgical Treatment. A few years later, she initiated her research on breast cancer. She published the results she obtained in 1928.

Janet Lane-Claypon got married to Sir Edward Rudolph Forber in 1929.