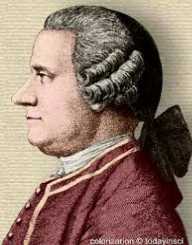 Jan Ingenhousz was a scientist of Dutch origin who discovered the mechanism in which plants inhale carbon and exhale oxygen during the day and vice versa in the night.

Jan Ingenhousz was born in Breda, the southern Netherlands on December 8, 1730. Showing a liking for science, he enrolled at the Catholic University of Leuven to study medicine in 1746. He graduated in 1753 with a post-graduate degree in medicine. He advanced his education at the University of Leiden from 1754 to 1755. At the fall of 1755, Ingenhousz started a medical clinic in his hometown, Breda. He operated the clinic until 1764.

After the death, of his father in July 1764, Jan Ingenhousz traveled to England to study about smallpox during the outbreak of the sickness in Europe. He studied the new vaccines under the guidance of British physician, Sir John Pringle. Sir Pringle was the President of the Royal Society, a group of British medical practitioners and researchers. During his studies in London, Ingenhousz met other scientific luminaries from across the globe. One such luminary was Benjamin Franklin, who was one of the founding fathers of independent USA.

In 1767, Ingenhousz started traveling across Europe via the invitation of the European royal households. He began in Hertfordshire, England. He vaccinated over 700 people in the surrounding villages with the new smallpox vaccine. Ingenhousz and his colleagues injected a minute amount of the smallpox germs into a healthy person. With time, the inoculated person develops a natural immunity to the viruses. After the successful vaccination campaign in Hertfordshire, Ingenhousz was invited to the royal court in London. He vaccinated the royal family starting with his Royal Highness King George III.

Jan Ingenhousz returned to England and settled in Calne, a town in the southwest of the country. He commenced his research activities on photosynthesis. After a series of laboratory tests, he made a revealing discovery in 1779. Ingenhousz discovered that the green parts of a plant inhaled carbon and released oxygen during the day. The roles reversed the cycle during the night.

He again discovered that the non-green parts of a plant maintained the inhalation of carbon and exhaling of oxygen throughout the light and darkness cycles. He concluded that chlorophyll, the green coloring matter in plants aided in the process of photosynthesis in plants. Photosynthesis is the process where plants break carbon into sugar and water for its food. Plants release the other byproduct, Oxygen into the atmosphere.

He made several other laboratory experiments on electromagnetism and heat conduction. He also made strides in chemistry. He discovered the concept later known as the Brownian motion in 1785. In medicine, Ingenhousz found the correlation between air and lung diseases in the human body.

In 1775 while stationed in Vienna, Jan Ingenhousz married Agatha Maria Jacquin. They never had any children

As a scientific scholar, Jan Ingenhousz published several books and manuscripts detailing his work. In 1779, Ingenhousz wrote the book Experiments upon Vegetables Discovering Their Great Power of Purifying the Common Air in the Sunshine. In 1796, he did the book An Essay on the Food of Plants and the Renovation of Soils.

He also wrote journals on physics. In 1776, he wrote the Philosophical journal Transactions: Easy Methods of Measuring the Diminution of Bulk. In 1778 he published the manuscript Electrical Experiments on the Phenomena of the Electrophorus.

On chemistry, Jan Ingenhousz wrote Account of a New Kind of Inflammable Gas. He published the manuscript in 1782. He also compiled the correspondence he did with his peers, including Benjamin Franklin, and Joseph Priestley. Ingenhousz wrote most of his journals in English, but his works were later translated into the major European languages.

Jan Ingenhousz died on September 7, 1799, at the age of 68 in his home in Calne, England. His remains were interred at the local St. Mary’s Church compound.

He was a multi-faceted scientist. Ingenhousz made discoveries in all the branches of science, biology, chemistry, and physics.

He is honored with a commemorative plaque on Church Street in Calne, England.