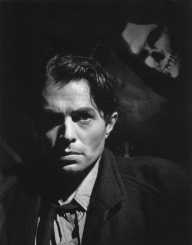 James Mason was a British actor. Some of his best known Hollywood films include A Star is Born and 20,000 Leagues Under the Sea.

James Mason was born on May 15, 1909, in Huddersfield, West Yorkshire, England.  His father John was a textile merchant.

James Mason attended Marlborough College.  Later James Mason studied architecture at Peterhouse of the University of Cambridge.  However, after his time in Peterhouse, James Mason followed his passion for theater.

James Mason started acting because he enjoyed it.  His first performances were on stage, such as in Aldershot in 1931 in “The Rascal.”  Through his efforts and determination, James Mason became a famous theater actor.  Over time, James Mason was finding work in film.  His first British film was in 1935 as the lead in Late Extra.

By the time World War II started, James Mason was already a favorite in minor British films and television movies.  When Mason registered for the war, James Mason declared himself to be a conscientious objector.  However, James Mason was assigned to do non-combatant military service.

Some of Mason's roles demonstrate his ability to bring a dark edge to the character.  In The Man in Grey, he is the cruel husband of the leading lady.  In I Met a Murderer, he is an unhappy man who snaps, only to go on the run from the police.   James Mason and his wife also co-wrote that film story.  James Mason continued filming for many British films throughout the 1940s.  James Mason gained international attention for his role in The Seventh Veil in 1945.

In 1949, James Mason became a Hollywood actor in his first U.S. Film Caught.  James Mason continued with a role as Brutus in Julius Caesar and the title role of The Desert Fox:  The Story of Rommel.  However, his most critically acclaimed role came from A Star is Born with Judy Garland in 1954. James Mason also played Captain Nemo from 20,000 Leagues Under the Sea that year.

Though James Mason went to live full-time in Switzerland in 1963, James Mason continued filming on a regular basis.  This included films such as Lolita, Frankenstein:  The True Story, and Yellowbeard.  The 1970s brought a variety of films both successful and commercially weak.  James Mason was highly praised for Heaven Can Wait and Murder by Decree.

James Mason performed less frequently in the 1980s, but James Mason was still recognized for his achievements for roles in The Verdict and The Shooting Party.  The latter film was his last performance as an actor that premiered in 1985.  James Mason was also a narrator for some documentaries and TV series.

James Mason married Pamela in 1941.  The couple had two children.  James Mason and his wife divorced in 1964.  In 1971, Mason married fellow actress Clarissa Kaye.  They remained married until his death.  James Mason died on July 27, 1984, in Lausanne, Switzerland at the age of 75.  The cause of death was a heart attack.

James Mason had a successful career in film because James Mason was able to adapt to both roles of hero and villain.  James Mason is credited for more than 150 films spanning 50 years from 1935 to 1985.  While he dabbled in writing, directing, and producing, he will best be known for his acting work.

James Mason had his first heart attack in 1959.  It led to his ill health in the remaining years of his life, including the heart attack that ended his life in 1984.