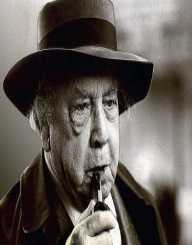 John Boynton Priestley was born on September 13, 1894. He was an English writer. He is known for his inclusion of science and philosophy in his works. He was also a playwright, critic, and historian. Some of his works include ‘Time and the Conways,’ ‘An Inspector Calls’ and ‘Angel Pavement’ among others.

John Boynton Priestley was born on September 13, 1894, in Manningham, Bradford, England. His mother died when he was two years old. He attended Belle Vue Grammar School. However, he dropped out of the school when he was sixteen years old. In 1910, he went ahead to work as a junior clerk at Helm & Company which was a wool firm. He worked at the firm for four years. At that time he also wrote short articles that he had published in local newspapers.

On the onset of World War I, John Boynton Priestley joined the army where he served in the Tenth Battalion, the Duke of Wellington’s Regiment. In 1916, he was severely wounded in war. He wrote the book ‘Margin Released’ which was published later, but it was all about his experience in war. After he completed his military service, he attended Trinity Hall in Cambridge where he finished his university education. In 1927, he wrote his first novel ‘Adam in Moonshine.’ In 1928, he wrote the novel ‘Benighted.’

In 1934, John Boynton Priestley published his first travelogue titled ‘English Journey.’ In the late 1930s, he published the novels ‘The Doomsday Men’ and ‘The Walk in the City.’ He also wrote plays such as ‘I have Been Here Before,’ ‘When We are Married’ and ‘Time and the Conways.’ At the onset of World War II, he started broadcasting on the Postscript which aired on BBC. He was a broadcaster from 1940 to 1941. In 1942, he co-founded the socialist Common Wealth Party. From 1942 to 1945 he published the novels ‘Daylight on Saturday’, ‘Blackout in Greeley’ and ‘Three Men in New Suits.’

In 1946, John Boynton Priestley wrote the play ‘An Inspector Call.’ In the 1940s he also wrote ‘Jenny Villiers,’ ‘The Linden Tree’ and ‘Bright Day.’ In the 1950s he only published three novels titled ‘Low Notes on a High Level,’ ‘The Magicians’ and ‘Festival at Farbridge.’ He also had a collection of short stories titled ‘The Other Place.’ He also wrote and produced the film ‘Last Holiday.’ In 1958, he became a member of the Campaign for Nuclear Disarmament. In 1960, he published ‘Literature and Western Man.’

In 1970, the University of Bradford presented John Boynton Priestley with an Honorary Doctor of Letters. In 1973, he received the Freedom of the City Honours from the City of Bradford. In 1977, he was awarded the Order of Merit.

In 1921, John Boynton Priestley married Emily Tempest with whom he had two daughters. In 1925, his wife died of cancer. In 1926, he married Jane Wyndham with whom he had three children. In 1953, he divorced Emily. He later married writer and archaeologist Jacquetta Hawkes. He suffered from depression in his later years. He died on August 14, 1984, in England. He died at the age of eighty nine.