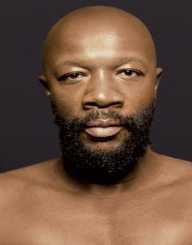 One of the first Afro-Americans to ever win an Oscar award, Isaac Hayes was a legendary actor & musician. He was a singer and a songwriter. His score for the film Shaft won the Academy Award for the Best Original Song in 1972. He is also famous for his song Soul Man. Isaac Hayes also lent his voice to the character Chef in the highly popular TV show South Park.

Isaac Hayes was born on August 20, 1942. His birthplace is Covington, Tennessee and his star sign was Leo. His full name was Isaac Lee Hayes Jr. Hayes had a tough childhood. His mother died early, and his father abandoned the family. Young Hayes fell into the care of his maternal grandparents – who were not very rich but did their best to raise him. They shifted to Memphis when Hayes was six years old. He was a gifted singer and was spotted by a teacher at the school and participated in a talent show. He won the show, and this motivated him into starting a career in music.

After tasting success in music at a very early age, Isaac Hayes continued to play throughout school. His favorite instruments than were the saxophone and the piano. He started his career as a pianist in Floyd Newman’s band. To get this job, he said no to seven scholarships for higher education. Through Newman, he was introduced to the Memphis Stax Records and began playing the piano for them. He also collaborated with Otis Redding, Booker T & the MGs, The Bary-Kays & Rufus Thomas. His most frequent partner was David Porter, and they collaborated on the song Soul Man who made Hayes a major hit.

After Soul Man, Hayes’s career skyrocketed. His album Hot Buttered Soul peaked at the Billboard R&B charts. Isaac Hayes was looked at as an icon among the black people. In 1971, he produced the theme music for Shaft – the theme became a piece of legendary status. It went on to win three Grammys, one Golden Globe and one Oscar for Hayes. This also marked the beginning of his acting career.

Isaac Hayes started his acting career by appearing as a guest actor in TV shows like The Rockford Files, Miami Vice and The Fresh Prince of Bel-Air. He was quite successful as an actor and appeared in multiple films like I’m Gonna ‘Git You, Sucka, Guity as Charged, and Hustle & Flow. He also voiced the character of Chef in South Park. He continued to work with the show till 2006 when he quit after a dispute related to the show’s mocking of Scientology which Hayes practiced.

His book The Way to Happiness is a best seller, and he also released a popular cookbook.

Isaac Hayes won many awards in his career. The most important of those is the Oscar he won for the Shaft theme. He also won three Grammy awards and a Golden Globe award for the same. He was inducted into the Rock & Roll Hall of fame in 2002.

Isaac Hayes had four marriages. He was first married in 1960 to Dancy Hayes. They divorced after which Hayes married Emily Ruth Watson in 1965. They parted ways after seven years of marriage. Hayes’s third wife Mignon Harley stayed with him for 13 years before divorcing him in 1986. This was also the time when Hayes was extremely strained financially. He finally married a woman named Adjowa. He has produced 12 children from all of his marriages.

On August 10, 2008, Isaac Hayes was found unconscious at his home. He had suffered a heart stroke and was pronounced dead later.