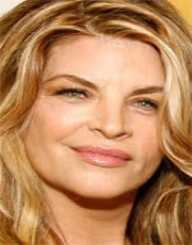 Heather Anne Mills is an English media personality, a former model, entrepreneur, and activist. Born on January 12, 1968, she came to limelight during her days as a model in 1993 and collided with a police motorcycle in London.

Despite the accident causing the amputation of her left leg below the knee, she continued her modeling career using a prosthetic limb gained attention when she sold her story to a tabloid.

Her relationship and later marriage to Sir Paul McCartney in June 2002 also gained her attention in the media circle. Through the Modeling, she earned the title, Heather Mills, Lady McCartney. The couple divorced in 2008, after which Mills involved herself in animal activism. She is a patron of the Vegetarian and Vegan Foundation and Viva! (Vegetarians' International Voice for Animals).

Heather Mills was born on January 12, 1968, in Aldershot, Hampshire to Beatrice Mary (née Finlay) and John "Mark" Francis Mills. Her father was a paratrooper and played guitar and banjo while her mother played the piano.

She received education at Usworth Grange Primary School and continued at the Usworth Comprehensive School, Washington. Mills claimed that at age eight, a swimming pool attendant kidnapped and sexually assaulted her.

However, a next-door neighbor, Margaret Amber who was also sexually abused by the attendant, debunked her claim, saying Heather Mills' story was "nothing that she made it out to be." She sued Mills for bringing the story to national attention and causing her discomfort. Amber received £5,000 out of court settlement and £54,000 in legal costs. At the age of nine, Beatrice left home, leaving Mills and her and siblings in the care of their father. Mills father was also jailed 18 months for fraud.

Heather Anne Mills,  left for Clapham, London with her sister to live with mother and her partner actor Charles Stapley. She later ran away from home with her sister becoming homeless. They moved to Balham where they schooled at Hebburn Comprehensive and stayed there until 1984. Most of her claims during childhood and later years have been termed as false by people associated with it.

Heather Mills, met Alfie Karmal in 1986 who introduce her into modeling and funded a cosmetic surgery of her breast to enhance her modeling career. They married in May 1989. She suffered two ectopics during the marriage. They divorced in 1991.

On August 8, 1993, while crossing the Kensington Road with her fiancé Raffaele Mincione, a police motorcycle responding to an emergency call knocked down Heather Mills. She was severely injured and lost her left leg 6 inches below the knee.

She had her pelvis attached to a metal plate. In October 1993, the leg was further shortened, and Mills was offered prosthetic limbs. She was compensated £200,000 by the police authority.

Heather Anne Mills, also sold her story to the News of the World and had other interviews earning £180,000 in all. Mills used the money to fund the Heather Mills Health Trust (2000-2004) that provided prosthetic limbs to people who have lost their legs.

Heather Mills and Sir Paul McCartney of the Beatles fame first met at the Dorchester Hotel in April 1999, during the Pride of Britain Awards. The two later met on several other occasions and even had some project together. McCartney proposed to her on July 23, 2001, while on holiday in the Lake District. He gave her a £15,000 diamond and sapphire ring. The couple married on June 11, 2002.

Heather Mills was made a patron of the British animal rights organization Viva!, and the Vegetarian and Vegan Foundation, in 2005. She traveled to Canada in March 2006, under sponsorship by Humane Society of the United States, where she protested the annual seal hunt.