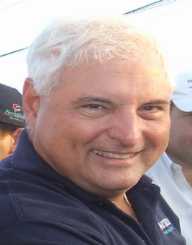 Also Known For : President Of Panama

Guillermo Endara was the president of Panama from 1989 to 1994. He is remembered for trying his best to bring democracy to his country. He did his schooling while in exile. He was jailed in 1972 for his support for Arnulfo Arias. This was a nationalist leader and an anti-military man. It also led to the exile of his family. When Guillermo Endara became president of Panama democracy was restored. He established National Police force In place of the former dictatorship military regime. By then Panamas’ economy had gone down. He had to negotiate with investors from other countries including the US. He was a trusted leader among investors.

Guillermo Endara did his schooling while in exile. He attended Colegio La Salle Christian Brothers, a school in Buenos Aires. He also went to Black-Foxe Military Institute in Los Angeles. He excelled in his education and decided to pursue law in his university studies. He enrolled in University of Panama Law School. He graduated with Bachelors degree in law. He later joined New York University to further his law studies. He became a professor at the University of Panama upon his return to Panama. He taught commercial law.

His association with Arnulfo Arias formed the foundation of his political journey. In 1961 he was a member of the anti-military leader’s party. Later in 1963, he formed the firm Solis, Endara, Delgado, and Guevara. He formed the firm together with three other associates. Currently, the firm is among the top law firms in Panama. He served as a minister in 1968 during   Arnulfo Arias’s regime. This lasted for only11 days before Arnulfo Arias lost power. Guillermo Endara was jailed in 1971 and sent to exile.

Guillermo Endara returned to Panama 6 years later. In 1977 he began his political career from a new start. In the 1980s he taught at the University of Panama Law School. Meanwhile, he also practiced law. He served in the Legislative Assembly as well. In 1989 Endara decided to run for the presidency. He was a candidate of Democratic Alliance of Civic Opposition (ADOC). He won the election which was not received positively. His opponents rejected the results which led to protests. The US government decided to intervene when Dignity Battalions attacked Panama. This forced Guillermo Endara to take oath as president. This was to stop the United States from taking a position in Panama’s government.

During his reign, Guillermo Endara revived the economy of Panama. He sentenced Noriega to 30 years imprisonment. He also ended the harsh Panamanian military and replaced it with National Police force. On April 1990 he sought for help from George Bush the US president at the time. He wanted to reform the economy of his country by all means. He also negotiated with investors from other countries. With time he was able to win the trust of many investors which led to the rise of Panama’s economy.

However, the good work of Guillermo Endara came to be tarnished by negative accusations. His wife Ana Mae was accused of mishandling funds. Ernesto Pérez Balladares succeeded him in 1994. He tried to contest again for the presidency in 2004 under Solidarity Party. He did not make it. This did not discourage him. He remained active in politics till he left this world.

Guillermo Endara’s first marriage was to Marcela Cambra. Together they had a daughter- Marcela María. He also married Ana Mae Diaz Chen when he was 54 years. She was a law student. His second marriage led to his nickname EL GORDO FELIZ which meant Happy Fatty. This was because he could fail to attend cabinet meetings just to be with his wife.

Guillermo Endara died on September 28th, 2009 at the age of 73. His cause of death is still a mystery.