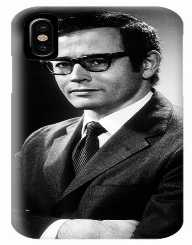 Gerald  Edelman was born to Edward Edelman and Anna (née Freedman) Edelman on July 1, 1929, in Ozone Park, Queens, New York in the United States of America. His father was a physician. Growing up, Edelman became interested in violin and so learned how to play that instrument for years. However, his passion for it waned and so decided to choose a different career path, which is in medicine. Gerald  Edelman had his early education in New York and later enrolled at the Ursinus College where he graduated magma cum laude with a Bachelor of Science in 1950. He then enrolled for an M.D at the University of Pennsylvania School of Medicine, where he graduated in 1954.

After receiving his M.D, Gerald  Edelman worked for a year at the Jonson Foundation for Medical Physics and afterward became a resident at the Massachusetts General Hospital. He also served as a medical doctor in the US Army Medical Corp in France. During his days in France, Gerald  Edelman became interested in learning about antibodies after reading a book on that topic. The book just offered limited information about it. Hence he decided to delve into it much. Upon his return, he joined the Rockefeller Institute for Medical Research as a graduate fellow to study physical chemistry in 1957. While there, Gerald  Edelman worked in the laboratory of Henry Kunkel and received his Ph.D. in 1960.

Gerald  Edelman was then employed at the Institute as an Assistant and later the Dean of Graduate Studies. In 1966, Gerald  Edelman became a full professor at the Institute. It was there that he worked with by his research colleague, Rodney Robert Porter in the early 1960s. Their research into antibodies was a major breakthrough in understanding the antibody's chemical structure and paved the way for further studies. This research won Gerald  Edelman and Rodney Robert Porter the Nobel Prize in Physiology or Medicine in 1972.

In a statement, the Karolinska Institut praised the researchers for their breakthrough. It stated, “The impact of Edelman's and Porter's discoveries is explained by the fact that they provided a clear picture of the structure and mode of action of a group of biologically particularly important substances. By this, they laid a firm foundation for truly rational research, something that was previously largely lacking in immunology. Their discoveries represent clearly a breakthrough that immediately incited a fervent research activity the whole world over, in all fields of immunological science, yielding results of practical value for clinical diagnostics and therapy”. Gerald  Edelman worked at the Rockefeller Institute until 1992, when he moved to California’s The Scripps Research Institute, where he became a professor of neurobiology.

Gerald  Edelman changed his research course after receiving the Nobel Prize. Gerald  Edelman now went into the research of regulating primary cellular processes, mostly into the control of cell growth and development of multi-celled organisms. His focus was on cell-to-cell interactions in early embryonic development and the formation and functions of the nervous system. His research into this field resulted in the discovery of cell adhesion molecules(CAMs). It also revealed that that the precursor gene for the neural cell adhesion molecule presented the rise in the evolution of the entire molecular system of adaptive immunity.

In 1993, he founded The Neurosciences Institute, in San Diego and served as its director. The Institute was a non-profit research center devoted to biological studies into higher brain function of humans. Gerald  Edelman also served on the scientific board of the World Knowledge Dialogue project. Edelman also became a member of the Advisory Board of the USA Science and Engineering Festival.

In 1950, Gerald  Edelman married to Maxine M. Morrison. The couple had three children, two sons, Eric and David and a daughter, Judith Edelman. Eric became a visual artist and David an adjunct professor of neuroscience at the University of San Diego. Judith also became bluegrass musician, recording artist and writer. Edelman suffered prostate cancer and Parkinson disease and died at age 84 on May 17, 2014, in La Jolla, California.