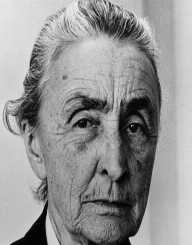 Georgia Totto O’Keeffe was born on November 15, 1887, near Sun Prairie, Wisconsin. Her parents were dairy farmers, who had seven children. O’Keeffe attended the Town Hall School in Sun Prairie, but already at an early age decided to become an artist. She and her sister both were interested in art and received lessons from a local watercolor artist.

O'Keeffe started attending the Sacred Heart Academy in Madison, Wisconsin until 1902, but the family moved from Wisconsin to Peacock Hill in Williamsburg. She completed high school at Chatham Episcopal Institute in Virginia.

After high school, Georgia O’Keeffe enrolled in the School of the Art Institute of Chicago. She attended the school from 1905 until 1906 and studied with John Vanderpoel. In 1906, she contracted the typhoid fever and had to skip school for a year. After recovering from her sickness, O’Keeffe attended the Art Students League in New York City. In 1908, she won the schools' still-life prize for her oil painting Dead Rabbit with Copper Pot. She won the opportunity to attend an outdoor summer school in Lake George, New York.

Georgia O’Keeffe spent a year studying in New York when she found out that she will not be able to pay for her education. Her father’s business had bankrupted, but her mother was very ill with tuberculosis. In 1908, O’Keeffe had to return to Chicago, where she started working as a commercial artist. Two years later, she moved to Virginia and then ended up in Charlottesville.

O’Keeffe continued to works as an artist, and in 1912 decided to take a class at University of Virginia Summer School. There she studied with Alon Bement, who was a member of the Teachers College at Columbia University. Recognizing O’Keeffe’s talent, Bement introduced her to the revolutionary ideas of his colleague, Arthur Wesley Dow. His work was greatly influenced by the principles of Japanese art and inspired O’Keeffe to start experimenting with her work. She began to develop her style an express through more abstract compositions.

Besides her work as an artist and searching for her style, O’Keeffe also started to teach art in public schools in Amarillo, Texas. From 1912 to 1914, she was a public school teacher but later began to work as Bement’s teaching assistant and in 1915 accepted a position as a teacher at Columbia College, Columbia. It was there when she started to experiment with charcoal drawings and made a series of artwork. She became one of the first American artists to practice pure abstraction.

In 1916, Georgia O’Keeffe mailed some of her abstract drawings to a former classmate and friend Anita Pollitzer. She was in contact with a very prominent and influential art dealer Alfred Stieglitz, who owned the 291 gallery. He was impressed by O’Keeffe’s work and began corresponding with her.

In 1916, Stieglitz exhibited 10 of her drawings at 291, without O’Keeffe’s knowledge. She confronted him about it but allowed to continue to exhibit her work. In 1917, Stieglitz presented O’Keeffe’s first solo exhibit. Stieglitz became the primary support to her, and in 1918, helped O’Keeffe to move to New York, find a place and financially support her work. The two eventually fell in love and married in 1924.

Stieglitz was inspired by the 23-year-old talented women and, as an artist himself, started taking many photographs of her, including portraits and nudes. He introduced her to his circle of friends from the world of art. Georgia O’Keeffe was inspired by the modern art movement and started experimenting with her work. Her first large-scale, up-close flower painting was Petunia No.2, which was followed by Black Iris and Oriental Poppies.

Besides flowers, O’Keeffe also painted several buildings of New York City. In 1927, she opened her retrospective exhibit Paintings by Georgia O’Keeffe. She had become one of the most successful and prominent modern American artists, which was a significant achievement in the male-dominated world of art.

In 1929, Georgia O’Keeffe was visiting New Mexico, which became a turning point in her career. She was inspired by the architecture, landscapes, and culture and started to paint. From this period, her most known paintings are Black Cross, New Mexico, and White Hollyhock. O’Keeffe began to split her time between living in New York and working in New Mexico. Besides other exhibitions, in 1946 her work was celebrated at the Museum of Modern Art, marking the first retrospective exhibit of female artist’s work by the museum.

While O’Keeffe was in New York, Stieglitz began to mentor Dorothy Norman, a young photographer. Their relationship eventually became romantic, and they started an affair. However, Stieglitz’s health deteriorated, and he died in 1946 from a stroke. O’Keeffe was by him and became the executor of his estate. In 1949, O’Keeffe moved to New Mexico and was elected to the National Institute of Arts and Letters. In later years, she was traveling around the world to find new inspirations for her work. In 1970, her popularity was increasing, especially in the feminist art movement group.

Georgia O’Keeffe started to suffer from vision loss. She had macular degeneration, and she slowly began to lose her eyesight. She painted her last oil painting in 1972. However, she did not stop her creative work. With the help of assistants, O’Keeffe wrote a book Georgia O’Keeffe, which was published in 1976.

In 1977, O’Keeffe was presented the Congressional Medal of Freedom by President Gerald Ford. In 1985, she received the National Medal of Arts.

Georgia O’Keeffe died in 1986 in her home in Santa Fe, New Mexico. Her ashes were scattered at Cerro Pedernal- a place which was an inspiration to the artist. Her home and studio is currently Georgia O’Keeffe Museum, which preserves thousands of her works and memory of her lifestyle and legacy.