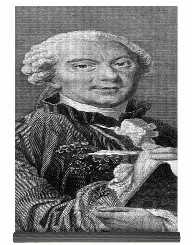 A natural historian, life scientist, wildlife expert, botanist, and zoologist, Comte de Buffon was an all in person. He defined the study of cosmology at its best. He carried a scientifically-minded persona that brought forth fruitful result. The life of science lived within his soul, and in the end, he spoke life into words through an indelible encyclopedia called Histoire Naturelle. Hailing as the most intelligent lad in the family, Buffon chose to follow his calling. He was lucky to have attained a high level of creativity and genuineness from his dearest mother.

From the start, Comte de Buffon had a knack for taking charge as well as making his own decisions. Being a deep thinker, Georges preferred to have some alone time for the rest of his career. He loved to reflect on his capabilities and sufficiency. He had a unique trait that gave him a chance to socialize with different people and in a friendly manner.

On 7th, September 1707 a couple called Benjamin Leclerc, and Anne Marlin was blessed with their first born son in Montbard, France. He was none other than Georges-Louis Leclerc, Comte de Buffon whose father served as a tax collector in France. His parent opted to name him after his father’s mentor, Georges Blaisot. It was after his mentor ‘s death in 1714 that Buffon came to inherit his fortune.

At his teenage life, Georges-Louis Leclerc was taken to a local institute called College of Godrans. He was regarded as an average student, but he scored more on mathematics, unlike other subjects. From the start, his father wanted him to become a promising lawyer. With his guidance and corrections on the way, Leclerc started to study law in 1723.

In 1728, Georges-Louis Leclerc dropped out of his law school where he joined the University of Angers. He majored in mathematics, botany, and medicine. In 1732 Buffon’s mother called it quit to the world where he went back to inherit his mother’s fortune. He then traveled to Paris and opted to further his studies. His concentration lingered him to major in mathematics and mechanics.

While still in Paris, Georges-Louis Leclerc befriended various natives including Voltaire in 1732. After two years, he teamed up with the French Academy of Science where he met Gabriel Cramer, a notable mathematician.

In 1739 at 32 years of age, Louis was appointed as the caretaker of the Royal Botanical Garden. The following year he managed to translate several works such as Fluxions- Isaac Newton’s work. He was also encouraged by his friend, Maurepas to write a wide array of original collections. Without further ado, he authored an encyclopedia called Histoire Naturelle. It was the first work that garnered him an Academia award in France. He was also appointed as the Treasurer of Academy of Sciences.

In 1752 Georges-Louis Leclerc tied a nuptial knot with Marie-Francois with whom he had a son. Unfortunately, Marie breathed her last in 1769. It was here that Buffon opted to take his son to a notable naturalist called J.B Lamarck. He thought that he could come to follow his footsteps, but the young lad turned out into a prodigal. This made him die at his tender age. For three years, Buffon battled with health issues till his demise in 1785.