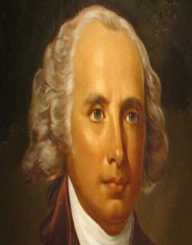 George Mason was an American as well as a statesman. He was known to be the son of one of the wealthiest as well as a plantation owner. He is known to have inherited the main portion of his father’s wealth. He was as at then a neighbor to George Washington. His political career started as a justice of the Fairfax Court. He lost his county election into the House of Burgesses and chose to settle in the West and act as a supply agent of the George Washington commanded troops. Later on, he got elected to the Virginia House of Burgesses and later became a trustee of the city of Alexandria.

George Mason is known for drafting the Fairfax Resolves which challenged the authority of the Parliament’s over the colonies. He is also known for Virginia Declaration of Rights as well as Virginia constitution. He is known to have owned a lot of slaves and against slavery. However, he is not ready to end slavery completely. He declined to sign a proposed constitution because it ignored the import and spread of slavery to the other states.

George Mason was into a family of three as on 11th day of December 1725 before he moved with his mother to his uncle’s place upon his dad's death. He owned his dad’s library and cultivated a culture of reading. George Mason attended a private academy in Mary Land. By 21, he had inherited over 20, 000 acres in several counties. He was known to be the neighbor of George Washington.

George Mason became a justice of the Fairfax County court. He later contested for the county election into House of Burgesses which he won gallantly. In a year later, he became a partner in an Ohio Company which speculated in land. This Company lobbied for settlement to the west of the Appalachians and later got their right revoked by Britain. He then wrote Extracts from Virginia Charters, with some remarks upon them. This article proves to have an evident impact on the 1783 peace treaty with Great Britain. There, the Anglo-American boundary was at Great Lakes instead of Ohio River. A frontier broke out and served as a supply agent for troops commanded by Washington.

George Mason attended the Mount Vernon Conference of 1785 called by the State of Virginia and Maryland for the use of water from the Potomac River. This conference led him to the Federal constitutional convention of Philadelphia. There, he was part of Virginia delegation including Washington Division to Philadelphia to revise the Articles of the Federation. George Mason is known to have claimed that slavery is wrong. He even tried to prevent slavery from spreading to other states and do not want to end it. He, however, is one of the largest slaveholders in the country. The Declaration of rights made him refuse to sign the proposed Constitution.

He was not named as the founding fathers of the US constitution and lost his friendship with Washington as a result of that. George Mason saw through the ratification of US constitution in the Richmond Convention of 1788. However, he was always known to have advocated religious freedom and got passage of a law against Virginia’s here and required church attendance in 1776. He rejected the invitation of becoming one of Virginia’s senators, but he rejected. Instead, he returned to his home where he retired and lived the rest of his life till death took him away.

George Mason married in 1750 to Anne Eilbeck who was the daughter of a very wealthy planter. The couple had four daughters and five children. However, upon her wife’s death as a result of the complication that resulted from the death of her birth of twins who died in infancy. He remained a widower until he married Sarah Brent in 1780. She bore him no children.