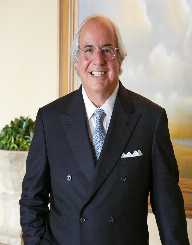 Frank Abagnale was born on April 27th, in 1948. He gained infamy for being a conman throughout the United States and in other overseas nations. Later, the Federal Bureau of Investigations (FBI), took advantage of his mastery to hire him as a forgery expert. Abagnale’sreal-life story was featured in the film called Catch Me If You Can.

Frank Abagnale was born on April 27th, in 1948. His birthplace was in Bronxville in New York. He is the son of Frank Abagnale Sr. and Paulette. Unfortunately, his parents went separate ways when he was only fourteen years old.

Abagnale began his con career by using his father’s credit card to play tricks on people. He used his father’s card to purchase items in gas stations and thereafter exchanging them for money. After he was caught, his father had to pay up to $3, 400.

Later, Abagnale went on to fraud banks by writing fake cheques. In order to impress the banks, he had to open up several accounts under different names and presenting fake payrolls to the banks. He used these documents to convince the banks that he deserved to be advanced due to his account balances.

Aside from frauding banks, Abagnale also impersonated himself as a pilot for the Pan American World Airways. According to the company records, it was later revealed that Abagnale had flown for over 1, 000, 000 miles. Since he was one of the company’s pilots, he took advantage of benefits such as sleeping in luxury hotels for free.

Rumor has it that he also impersonated himself as a teaching assistant. He was in the sociology department at Brigham Young University.

Abagnale’s tricks came to an end in 1969 after he was arrested in France. Afterward, he was exiled to Sweden where he received fair prison policies under the Swedish laws. Nevertheless, since he lacked a valid passport, he had to be deported to the United States.

Catch Me If You Can

Following Abagnale’s interesting career as a con artist, his story was adopted in the film Catch Me If You Can (2002). Leonardo DiCaprio starred in the film while playing the role of the famous con artist.

Frank Abagnale has a wife named KellyAnne Welbes. The two are blessed with three children.