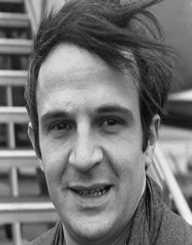 Francois Rolland Truffaut was born on February 6, 1932. He was a French film director, actor, and producer. He was also a screenwriter. He is popularly known as one of the founders of the French New Wave. He has worked on more than twenty films hence he remains an iconic person in the French film industry. He directed and produced films such as ‘The 400 Blows’, ‘Love on the Run’ and ‘Stolen Kisses’ among so many others. He died on October 21, 1984, at the age of fifty two.

Francois Rolland Truffaut was born on February 6, 1932, in Paris. He was born to Janine de Montferrand. He was later accepted as an adopted son by his stepfather, Roland Truffaut. Many times he lived with nannies and his grandmother. His grandmother inspired his love for books and music.

When he was eight years old, he lost his grandmother. He started living with his parents after the death of his grandmother. He did not like the life he lived, so he sent most of his time with his friends rather than at home. He met Robert Lachenay, and they became best friends. They remained best of friends until his death.

By the age of fourteen, Francois Truffaut had been expelled from several schools, and so he decided to teach himself. He would read three books for a week and watch three movies per day.

In 1948, Francois Truffaut established his film club. He later met Andre Bazin, and Bazin became his personal friend. In 1950, he joined the French Army, but he tried to escape from the army for two years. He was later arrested for attempting to escape from the army. He was later released with the help of Bazin. Bazin got him a job with the magazine ‘Cahiers du Cinema.’ He grew to become a critic and an editor with the magazine. In 1958, he was the only critic in France who was not invited to the Cannes Film Festival.

In 1954, he wrote the article titled ‘A Certain Trend of French Cinema’ which criticised French film directors and producers. The article stirred controversy, but at the same time, it earned him a job with another newspaper. Rolland later came up with the auter theory. The theory stated that the director was the author of his work. In the 1960s, the theory became popular with critics all over the world. He was a critic for a long time before he decided to make his films.

In 1995, Francois Truffaut produced and directed the film ‘Une Visite.’ Two years later, he made the film ‘Les Mistons.’ In 1959, he made his film debut with the film ‘The 400 Blows’ which was a success. He later produced, directed and acted in the films ‘Shoot the Piano Player’, ‘The Woman Next Door,’ ‘Two English Girls,’ ‘Jules et Jim’ and ‘The Wild Child’ among others.

In 1957, Francois Truffaut married Madeleine Morgenstern with whom he had two daughters, Laura and Eva. They however divorced in 1965. In 1968, he got engaged to Claude Jade who is an actress. He, however, lived with actress Fanny Ardant from 1981 to 1984 and together they had a daughter, Josephine Truffaut. He was an atheist. Rolland died on October 21, 1984, at the American Hospital in France. He died at the age of fifty two. He was buried at the Montmartre Cemetery in Paris.