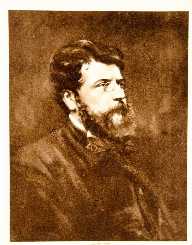 Georges Bizet was a Romantic-era songwriter and composer of the undying masterpiece ‘Carmen.' It is regarded as one of his prominent successes before kicking the bucket. Other principal works include ‘Les pêcheurs de Perles.' The ‘Carmen’ gained enormous admiration that it was selected for being an all-time opera. His love for operatic magnum earned him a Prix de Rome, highly ranked prize in 1857. Besides, Georges Bizet was widely known as a remarkable pianist. After a big break, his works frequented the 20th-century orchestral industry. It was unfortunate that the French musical theater lost him unknowingly. He also wrote different genres of music. He once wrote ‘The Girl from Arles’ play that comforts our sanity till today.

On October 25, 1838, Georges Bizet was born in France, Paris. He was earlier known as Alexandre Cesar Leopold before his baptism on March 16, 1840, and his named changed to Georges. He came from a talented family, and so he opted to follow his parent’s footsteps. His mother, Aimee was a professional pianist while his father Adolphe was a wigmaker, hairdresser, and a composer. Georges was the only born child of Adolphe and Aimee. His mother took some and taught him piano, and by a good chance, Georges showed intense love for music. He later joined the Paris Conservatory of Music in 1848 where Pierre Zimmermann assisted him. In 1855 Bizet received his first prize for organ and fugue, as he continued to compose his operas.

In the mid of 1855, at seven years old, Georges Bizet wrote his first musical composition as an assignment. It remained in secrecy till 1933 when it was seen in the archives of Paris Conservatory Library. The symphony was later performed in 1935 where it was recognized as the best Romantic masterpiece. He then joined an opera competition under Jacques Offenbach. The winning prize for the organized competition was 1,200 francs. One of the songwriters, Charles Lecocq and Bizet equalized the award.

Georges Bizet later moved to Villa Medici after winning the Prix de Rome prize. He stayed at the 16th era palace under Jean-Victor rules. For the first six months, Bizet managed to compose a Te Deum religious song. But in the long run, he didn’t manage to get the targeted prize. Bizet was heartbroken that he swore never to write a spiritual kind of music. Before leaving Rome, Bizet opted to write his last symphony. But after settling, he heard unexpected news of his ill mother; he traveled back to Paris in 1860.In 1861 his mother died due to a long illness. The same year he completed his planned work while he was in Rome but the first version was heard in 1866.The symphony passed through several revision and corrections. Unfortunately, he died earlier even before completing his ultimate version. It was later published as the Roma Symphony.

In 1869 Georges Bizet married Genevieve Halevy. His work was delayed in 1870 due to the Franco-Prussian War. He and other French composers linked with the French National Guard. He continued to postpone his work due to this reason. The civil uprising ceasefire made Bizet and his wife flee to Le Vesinet region in Paris. In 1871 his wife was blessed with a son whom Bizet named as Jacques. Bizet died at the age of 36 due to a heart attack while in Yvelines. His death came abruptly just when he was trying to pick up his long-lost pieces of work.