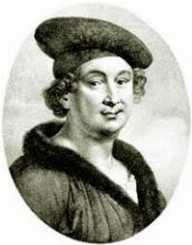 François Villon was a French poet who became famous during the fifteenth century. He was also known as a lawbreaker and had multiple records with the authorities that led to his banishment.

Born in 1431 in Paris as François de Montcorbier, he was raised by the chaplain of Saint-Benoît-le-Bétourné, Guillaume de Villon, who was also a canon law professor, when his biological father died. In some accounts, his name was registered as François de Loges, but he opted to use the name Villon for his works. He was born from a poor family and was raised by the chaplain however some records indicate his mother was still alive.

Records say that he started his education at the age of 12 wherein he studied arts. He attained his bachelor’s degree in1449 at the University of Paris and attained his master’s degree 3 years later in 1452.


A Life of Crime

The event that started Villon’s life of crime occurred on June 5, 1455, a fight broke out in Saint-Benoît’s cloisters of which Villon, along with Philippe Sermoise who was a parish priest, and a few other drinking companions were involved.

At the fight, Sermoise was believed to have inflicted the first blow but it was Villon who killed Sermoise by not only stabbing him but also hit him with a stone. Shortly after this incident, Villon fled and was banished from Paris.

A year after his banishment, a robbery took place in Collège de Navarre in December 1456 wherein Villon along with a few others, was believed to be involved with stealing 500 gold crowns. However, local authorities only discovered the crime in March and when one of the thieves got caught. The captured thief, Guy Tabarie, accused Villon as the ringleader.

Banished from Paris Villon became a wanderer and some records indicate that he lived with some of his friends such as Colin des Cayeux and Regnier de Montigny who were members of a wandering gang of thieves.

From Paris, he was believed to have stayed in fits of anger, then went to Blois, then to the estate of Charles. Most of his whereabouts during his banishment were unknown but in the summer of 1461, he was once again held in prison. He was released the same year on October 2 when King Louis XI was passing through and the prisons were emptied for the king.

In 1462, he was arrested once again due to robbery but was freed in November of the same year. The next year, he found himself behind bars once again for being involved in a brawl in the rue de la Parcheminerie in 1463.

François Villon was sentenced to be hanged and strangled but he made an appeal to the Supreme Court of France, the Parlement, and his sentence was lifted. Instead of being hanged, the Parlement decided to banish Villon for 10 years on January 4, 1463, from which Villon was never heard from again.

During his banishment, François Villon wrote the poem Lais (Legacy) or the Petit Testament (The Smaller Testament). The poem was in the form of a list that consisted of bequests made to his friends and acquaintances before he left the city of Paris for his banishment. Among these, he left to the barber clippings of his hair, some small change to three known usurers, and his sword to the clerk of criminal justice.

Around the time of his release in 1461, Villon published his longest work entitled Le Testament (The Testament. In Le Testament, François Villon expressed his fear of sickness, old age, prison, and death.

When he was sentenced to death in 1463, François Villon wrote the Ballad des pendus (Ballad of the Hanged). In this poem, Villon describes himself on the scaffold, hanging and his body rotting away wherein he makes a plea to the Lord for the justice of men.