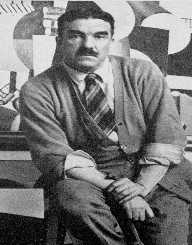 Fernand Leger was born on February 4, 1881. He was a French painter and sculptor. He is popularly known for starting a series of abstract paintings titled ‘Contrast of Forms.’ At a very young age, Leger wanted to become an architect even though he came from an impoverished background. His background did not deter him from achieving what he had put his mind to. He was so much into modernization that everything he did was based on the advancement that the world made towards modernization. As he grew older, he realized that his passion was not much in architecture, but he was interested in painting. He, therefore, embarked into painting and he became very good at it, and that became his career. He died on August 17, 1955.

Fernand Leger was born on February 4, 1881, in Argentan, Orne, Lower Normandy. Leger’s father raised cattle for a living as he was poor. He was expected to become like his father, but he was so bent on becoming an architect. He wanted to pursue a profession that would allow him to express his creativity. From 1897 to 1899 he trained as an architect because he wanted to delve into a career inclined to architecture. He was under the apprenticeship of an architect in Caen. In 1901, he completed his internship and joined the military in 1902. He served in the military service in Versailles from 1902 to 1903. After serving in the military, he continued with his education at the Academie Julian. He also attended the Ecole des Beaux-Arts.

When time went by Fernand Leger realized that architecture was not what he wanted to do and so he ventured into a career as an artist. In 1908, he rented a studio at La Ruche where he met leaders of the avant-garde such as Robert Delaunay and Joseph Csaky who motivated him as a young artist. He was also introduced into Cubism which was a movement that was created by Pablo Pissaco and Georges Braque. He was so focused on his career that he came up with his style of cubism known as ‘Tubism’.

In 1909, Fernand Leger invented ‘The Seamstress’ which portrayed the human anatomy as that of a robot. The following year he exhibited at the Salon d’Automne. In 1911, he was named as a member of a group of painters known as ‘cubists’ by the Salon des Independents. He fought in World War I when the war erupted. He fought at the front lines as the military engineer. He was released in 1917 from the army after being gassed in the battlefield. He did not give up painting, and so he continued painting after the war. He not only painted but he also ventured in making films. His first film titled ‘Ballet Mecanique’ comprised of motion pictures by Man Ray and Dudley Murphy. The film also had music composed by George Antheil.

In the 1920s and 1930s, he started incorporating modernism in his arts. During this period he painted many paintings including ‘Monalisa with Keys,’ ‘Adam and Eve,’ ‘Composition with Two Parrots’ and ‘The Mechanic.’ After these paintings, he gained a lot of recognition for his marvelous arts. In 1935, he work was exhibited in the Museum of Modern Art in New York City. When World War II erupted, he was living in the United States. He was a lecturer at Yale University. In the United States, he painted ‘The Tree in the Ladder’ before he went back to France in 1945. In his later years, he joined the Communist Party.

In 1919, Fernand Leger married Jeanne Augustine who died in 1950. He then married his second wife, Nadia Khodossevitch. Leger died on August 17, 1955, in Gif-sur-Yvette, France.