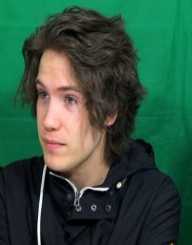 FaZe Adapt was born on June 5, 1997, as Alexander Hamilton Pinkevich in Phoenix, Arizona, USA. He was born to parents Peter and Nancy and had four sisters. As per the wishes of his father, the male child of the family, i.e., Alex was named after the legendary historical figure Alexander the Great whereas his mother wanted to name her daughters after the names of cities. Hence, his four sisters were named Paris, Sydney, Vienna, and Milan. The family shifted base to Pennsylvania after Alex completed his fifth grade in school.

During his childhood days, Alex was a socially shy kid and spent most of the time in isolation. He was not able to make many friends in school and was often bullied. The fact that he was an albino who suffered from severe stuttering problem made things worse for him. All throughout middle and high school, Alex was heavily bullied by his peers which resulted in him becoming a loner. To cope with the situation, he began diverting his attention to activities like playing video games and basketball. By engaging himself in these activities, he was able to overcome his dull, boring school life and regain self-confidence.

While studying in 8th grade, Alex was introduced to the game Modern Warfare 2. He soon got the hang of it. After a short while, Alex joined the favorite gaming group ‘SoaRGaming’ and took up the gamertag ‘SoaR Adapt.’ He soon became acquainted with the hugely popular video-sharing site YouTube, and in 2011, he opened his channel on the site. Through the channel, Alex began sharing his trick-shot secrets. Gradually, his channel started gaining popularity, and the first milestone was achieved when the channel gained 1000 subscribers within a few days.

The next important event in Alex’s life was meeting FaZe Banks, the Chief Operating Officer of FaZe Clan. FaZe Clan is an enormously popular gaming group who specializes in the video game Call of Duty. Right from his initial gaming days, Alex was a big fan of the group and had a dream of being a part of the group. His YouTube channel and his expertise in trick-shots soon led to the accomplishment of his vision. His perseverance and knowledge were paying off as his channel was becoming more and more popular with each passing day.

The young gaming talent caught the attention of many top gamers at that time. Within a short span of time, his channel crossed the 80k subscriber mark. Eventually, FaZe Apex, the co-founder of FaZe Clan invited him to join the gaming group. Alex instantly grabbed his dream opportunity with both hands and adopted the gamertag ‘FaZe Adapt.’

Within two days of joining the group, the subscriber count of his channel broke the 100k mark. With his induction in FaZe Clan, the popularity of his channel ‘AHDAPTING’ broke all records and started gaining a whopping 100k subscribers every month. The tremendous popularity obtained by him and his channel ensured him that he could pursue gaming as a full time career. Consequently, he decided to skip college and continue gaming professionally.

FaZe Adapt currently serves as the Director of FaZe Clan. It is the top ranking gaming group on the internet. Other members of the group include FaZe Temper, FaZe Banks, FaZe Apex and  FaZe Rain. FaZe Adapt was in the news recently for one of his latest videos, a funny rap video on farting. He has over 3.7 million subscribers on YouTube and over 935k followers on Instagram. The 19-year-old is an inspiration to many young gamers across the world. He is not just a sponsored gamer on YouTube but also has merchandise in his name.

FaZe Adapt has very few friends in real life. His best friend is Moe, a boy he met during his junior year at school. According to him, growing up with four sisters was tough. He has previously dated social media star Adrianna Scaley. The two began dating in 2014 but eventually broke up in 2016 when Alex found that Adrianna had been cheating on him. During their relationship, the two had also posted several videos together.