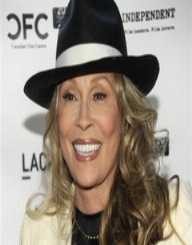 Faye Dunaway was born on January 14, 1941, in Bascom, Florida, USA. Her parents were Grace and John Dunaway.

After graduating from university, Faye Dunaway took to the stage. She acted in some productions in the early 1960’s. She acted in big cities all over the country, including New York and Los Angeles. In 1964, she even earned a spot on Broadway, starring in the play After the Fall. Some of the other plays she has been in are listed below.

A Man for All Seasons

But for Whom, Charlie?

Faye Dunaway took a break from the stage when she began acting on the screen, but came back to the stage in the early 1970’s to work on A Streetcar Named Desire again. She also worked on a play in the early 1980’s called The Curse of an Aching Heart.

Faye Dunaway started her career on the screen in 1965 when she acted in one episode of the TV show Seaway as the character Alexis Webster. She had a couple of other small roles in the mid-1960’s. It was in 1967 that she got her big break. She earned the role of Bonnie Parker in the classic film, Bonnie, and Clyde. Her good looks and great acting skills make her an overnight sensation. Throughout the rest of the 1960’s and 1970’s, everyone knew who Faye Dunaway was. She starred in many famous movies, some of which are listed below.

In the 1980’s, Faye Dunaway still had roles in movies, but she did not star in as many as she used to. One of her biggest claims to fame in the 1980’s were the television roles she took one.

Faye Dunaway worked on two television mini-series in the mid-1980’s called Ellis Island and Christopher Columbus. Some of the movies she worked on during this time are listed below.

Dunaway’s fame started to trickle away in the 1990’s. Faye Dunaway was not as famous as she used to be, and she was taking on smaller and smaller roles in films and working on more made for TV movies and television shows.

In 1990, Faye Dunaway also started to voice act in the film The Two Jakes. The same pattern continued into the 2000’s. Currently, she continues to have small roles in movies and to work on television shows. Some of her roles of the last twenty years are listed below.

Throughout her long acting career, Faye Dunaway has won nearly two dozen awards and has been nominated for nearly three dozen others. Some of her most prestigious awards are listed below.

Oscar for Best Actress in a Leading Role (Network)

Golden Globe for Best Performance by an Actress in a Supporting Role in a Series, Miniseries, or Motion Picture Made for Television (Ellis Island)

Faye Dunaway earned her star on the Walk of Fame in 1996.

Faye Dunaway has published an autobiography titled, Looking for Gatsby: My Life. The autobiography came out in 1995 and was a hit with her fans.