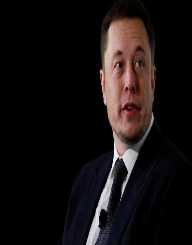 Elon Reeve Musk was born 28th June 1971, to Errol and Maye Musk. He was born in Pretoria, Transvaal, South Africa. His father was an electromechanical engineer, and his mother was a model and dietician. Elon Musk had two younger siblings.

Elon Musk's parents divorced in 1980, and Elon Musk lived with his father in Pretoria after that.

Elon Musk did a lot of reading in his younger years, and by age ten, he had an interest in computers. He taught himself computer programming, and by age 12 had developed code for a video game which he sold to PC and Office Technology magazine.

Elon Musk’s education was at private schools, and he was also bullied throughout his young years. When he graduated from Pretoria Boys High School, he was able to get Canadian citizenship due to his mother being born in Canada, and he moved to Canada in 1989.

In 1995, Elon Musk moved to California, where he began his Ph.D. in Applied Physics and Materials Science at Stanford University. He dropped out after only two days to follow his entrepreneurial aspirations. Musk became a U.S. citizen in 2002.

In 1995, Elon Musk had started a web software company called Zip2, in conjunction with his brother, Kimbal. Their startup capital was US$28,000, which came from their father. The company developed an internet “city guide” for the newspaper industry. Musk was a good marketer, and secured contracts with The New York Times and the Chicago Tribune.

The company was acquired by Compaq in 1999. They paid US$307 million in cash and US$34 million in stock options. Musk’s share was US$22 million.

In 1999, Elon Musk used $10 million of his proceeds to co-found X.com. This was an internet-based financial service and email payment company. Only 12 months later, X.com merged with Confinity, who at the time owned PayPal.

In October 2002, PayPal was acquired by eBay for US$1.5 billion in stock. Musk received US$165 million. Musk had also been the company’s largest shareholder previously and owned 11.7% of PayPal’s shares.

In 2001, Elon Musk looked further afield, with ideas of sending a miniature greenhouse to Mars containing food crops. He traveled to Russia to source refurbished Dnepr Intercontinental ballistic missiles (ICBMs) which would be used to launch the items into space. The trip proved fruitless, as the Russians viewed Musk as a novice and weren’t interested.

Elon Musk returned to Russia in 2002 with an experienced person in Mike Griffin, who was involved with the industry, but they were only offered one ICBM at $8 million which Musk declined. He returned to the States and decided he could start his own company to build the required rockets. The company was called SpaceX.

Elon Musk founded SpaceX (Space Exploration Technologies) in May 2002. He used $100 million of his funds from previously sold businesses. Musk is the CEO and CTO (Chief Technology Officer) of the company. SpaceX has a focus on developing and manufacturing space launch vehicles.

SpaceX has since become the first company to use a privately funded vehicle to put a satellite into Earth’s orbit, and also the first commercial company to launch and bertha vehicle at the International Space Station (ISS). It was awarded a contract from NASA in 2006, to continue with the development and testing of its launch vehicle and spacecraft. In 2008, it went on to be awarded a US$1.6 billion contract by NASA to provide 12 flights to the ISS and to have a U.S. astronaut transport capability by 2018.

In 2003, Tesla Inc was incorporated by Martin Eberhard and Marc Tarpenning. Musk joined the board of directors in 2004. Musk took on the role of CEO and product architect after the financial crisis of 2008. He still holds the positions today. The company is undergoing rapid expansion in the field of electric cars, and the supercharger stations required for them to run.

In 2006, SolarCity was co-founded by Elon Musk's cousins, Lyndon and Peter Rive. The concept and initial capital came from Musk. SolarCity has become the second largest provider of solar power systems in the U.S. Elon Musk vision with both Tesla and SolarCity, is to help curb global warming.

In August 2013, Elon Musk unveiled a concept for a high-speed transportation system where pressurized capsules ride on an air cushion driven by air compressors and linear induction motors. The concept is called Hyperloop, and Musk had engineers work on the concept for nine months.

In December 2015, Elon Musk launched OpenAI, a non-profit research company to develop artificial intelligence that is safe and beneficial to humanity. Following on from OpenAI, Musk co-founded Neuralink in 2016. Neuralink is a neurotechnology company that has the goal of integrating the human brain with artificial intelligence. The company is still in its infancy stages.

Elon Musk has received many awards and honors, some of which include:

2017: UK based Richtopia listed Musk at number three in a list of 200 Most Influential Philanthropists and Social Entrepreneurs

Elon Musk has been married twice, and has had six children, one of whom died from sudden infant death syndrome at the age of just ten weeks.

Elon Musk established and is chairman of the Musk Foundation. The Foundation provides solar-powered energy systems in disaster areas. It donated a solar power system after a hurricane in Alabama, and also donated $250,000 towards a solar power project in Soma, Japan, after the area was hit by a tsunami.

Apart from the Foundation, Elon Musk has donated $1 million towards the construction of the Tesla Science Center in Wardenclyffe and $10 million to the Future of Life Institute to run a global research project to keep artificial intelligence beneficial to humanity.

He is also a trustee of the X Prize Foundation.

People like Musk are few and far between, and are true visionaries of what might be beneficially possible to future generations.