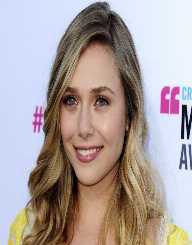 One of the films that gained her national popularity was Martha Marcy May Marlene which she was featured in 2011. It is through this film that she won recognition and became one of the most highly demanded female actors in the film industry.

Elizabeth Olsen was born in Sherman Oaks, California. She is the daughter of David Olsen and Jarnette Olsen. Her father works as a mortgage broker and a real estate developer. On the other hand, her mother is a personal manager. Her eldest sisters are both twins, Mary-Kate and Ashley Olsen. They were also recognized as famous TV and film stars right from an early age. Elizabeth Olsen also has an elder brother called Trent Olsen.

Olsen’s acting career took off while she was still young. Getting the right acting channel was easy for her as she began appearing in the films that her sisters were featured in. By the time Olsen was 11, she had landed minor film roles in Our First Video, How the West Was Fun, and The Adventures of Mary-Kate & Ashley. Having gained the exposure that she needed, she later went ahead to participate in other personal film-related projects.

Olsen went to Campbell Hall School before she later graduated and attended New York University's Tisch School of the Arts.

By the time Elizabeth Olsen was graduating from the university in 2011, she was already famous. This is because she had been featured in several hit films including Martha Marcy May Marlene, Peace Love & Misunderstanding and Silent House.

In these movies, she played significant roles in the films which made her famous. Martha Marcy May Marlene earned her several critics’ awards. She was the protagonist of the movie as she played a girl who suffered from hallucinations after eluding from a cult and heading home to her family.

Silent House was also released in 2011. Her performance was exceptional in this film. Well, in spite of this, the movie got mixed responses from the public. In 2012, she was featured in two films, Red Lights, and Liberal Arts.

Olsen’s acting career was at its best in the 2014-2015 era. This is because she appeared in blockbuster movies such as Godzilla - 2014 and Avengers: Age of Ultron – 2015. The latter film earned more than one billion dollars globally.

In 2012, Elizabeth Olsen fell in love with her fellow actor Boyd Holbrook. Two years down the line, the two got engaged. This was in March 2014. Sadly, the two lovebirds never got married as they broke off their engagement in early 2015.