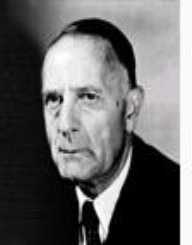 Astronomer, Edwin Hubble was born on November 20th, in 1889. During his entire career as an astronomer, he is best remembered for his contribution to a number of scientific fields such as observational cosmology and extragalactic astronomy. Hubble was among the first scientists to discover that what people initially thought to be clouds of dust, i.e., nebulae were merely galaxies far beyond the Milky Way.

Edwin Hubble was born on November 20th, in 1889. His place of birth was in Marshfield, Missouri. He was the son of John Powell Hubble and Virginia Lee Hubble. His father worked as an insurance executive. Later, in 1900, his family moved and went to live in Wheaton, Illinois.

Growing up, Hubble was initially admired for his athletic skills. He was rarely seen for his intellectual abilities. In school, he played football, baseball, and basketball. Similarly, he also ran track first while he was in high school and later when he was in college. As a basketball player for the University of Chicago, Hubble led his team to win their conference title in 1907.

At the University of Chicago, Edwin Hubble majored in law and that he successfully graduated in 1910. Later, he also joined the University of Oxford to study law philosophy. After three years, he completed his studies from the university earning himself a degree in jurisprudence. Sadly, his father passed away in the same year, 1913.

Sooner or later, Edwin Hubble again joined the University of Chicago. This time, he went ahead and majored in astronomy. Shortly after, in 1919, he was hired by the Mount Wilson Observatory. He continued working here until his demise in 1953. Before his death, Hubble earned credits for being the first astronomer to try out the newly completed Hale Telescope.

As an astronomer, his findings helped in shaping accurate perceptions of the universe. He is remembered for coming up with a system that could be used for classifying galaxies.

Unfortunately, during Hubble’s existence, works in astronomy were not credited with a Nobel Prize. As a result, together with other astronomers, Hubble fought to ensure that astronomers were also considered for the highly coveted prize. This battle for recognition was however not successful during his lifetime.

In 1924, Edwin Hubble wedded Grace Burke. The two spent the rest of their lives together until Hubble passed away.