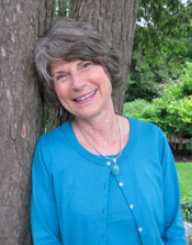 Edith Wharton was born on January 24, 1862, in New York as Edith Newbold Jones. She was born to George Frederic Jones and Lucretia Stevens Rhinelander. She was born during the civil war. She was brought up alongside two older brothers. She did not get along with her mother hence they had a strained relationship. In 1866, she travelled to Europe with her family since her family travelled a lot. The frequent travels by her family made her fluent in German, French and Italian. The family travelled to Spain, Italy, France, and Germany. She received her education from tutors and governesses.

In 1885, Edith Wharton got married to Edward Wharton who was a wealthy banker. She started writing more after her marriage. In 1889, she submitted three poems to be published, and only one was selected. She never gave up on writing even though she struggled a lot. She was encouraged to write by her friends Walter Berry, William Bromwell, Henry James and Edward Burlingame. In 1905, she published her novel ‘The House of Mirth’ which was a success.

In 1911, Edith Wharton published ‘Ethan Frome’ which brought her more success. She continued writing more novels and all the time they were successful. World War I began when she was living in Paris, France. In Paris, she established a workroom for women who did not have jobs which started a sewing business. She also assisted in the setting up American Hostels for Refugees. As the war continued, she continued helping refugees.

Edith Wharton organized the Children of Flanders Rescue Committee which provided shelter to more than eight hundred Belgian Refugees. She did not stop writing as she continued even during the war. She wrote and published novels, short stories, and poems. She was also a reporter for the New York Times. The books she wrote during the war include ‘A Son at the Front,’ ‘Summer’ and ‘The Marne.’ In 1920, she published her novel ‘The Age of Innocence’ which was a success.

In 1916, Edith Wharton was appointed the Legion of Honour for her dedicated efforts during World War I. In 1921, she was a recipient of the Pulitzer Prize for Literature for her novel ‘The Age of Innocence.’

In 1885, Edith Wharton got married to Edward Robbins Wharton, but they had problems in their marriage. In 1908, she started an affair with journalist Morton Fullerton. In 1913, she divorced Edward Wharton. She died on August 11, 1937, of a stroke. She was buried in the American Cemetery in Versailles, France.