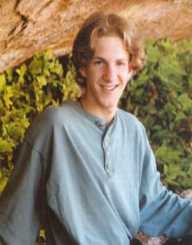 Dylan Bennet Klebold was born 11th September 1981, to Thomas and Susan Klebold. He was born in Lakewood, Colorado, in the United States. Klebold had an older brother, and both boys along with their parents went to the local Lutheran church.

Klebold attended two elementary schools and then enrolled at Ken Caryl Middle School, but he found it difficult to adjust to his new school.

Dylan Klebold attended Columbine High School, and he became friends with Eric Harris. The pair looked after the school’s mainframe by becoming computer assistants. They also networked their home computers so that they could play games and exchange information via the internet.

Harris had several websites for his gaming files, and there was also hate speech on the websites. On one of the websites, they had shared results from their testing of pipe bombs. America Online shut the website down after the massacre, and the files were given to the FBI.

In January 1998, Klebold and Harris got caught breaking into a van and stealing computers. The boys put on an act for the juvenile officer, and by agreeing to do community service and attend psychiatric treatment among other things, no criminal records were registered against them.

The boys both displayed violent tendencies in their school projects, but nobody thought anything of it at the time.

It was 20th April 1999 when Brooks Brown saw Harris arrive just as lunch was starting. Brown and Harris had a disagreement the year before, and Harris had stopped the friendship, but the two had made-up just recently.

Brown was surprised Harris had missed the morning at school as Harris was a conscientious student. When he spoke about it to Harris, Harris told him it didn’t matter, and that as he liked Brown, Brown should leave the school and go home.

Brown left straight away, and when he had walked a short distance, he heard the gunshots start to ring out. He rang the police immediately by borrowing a neighbor’s phone.

Dylan Klebold had arrived at school, and the pair had two bags with bombs inside, but they failed to detonate. The boys then started shooting students instead. Klebold killed five people, Harris killed eight, and between them, they injured a further 24, most with critical wounds.

They had started in the library, then walked through the school for 20 minutes, and they then returned to the library. At that point, both boys committed suicide.

The fallout from the Massacre

Dylan Klebold, as well as Harris, was underage, and they had been able to secure their weapons through an older student who was a friend of Klebold’s. Two men were eventually charged and convicted with supplying the guns. Their names were Mark Manes and Philip Duran.

Both Klebold and Harris had kept journals which meticulously noted how they would carry out the massacre. They also wrote about other similar events. Surprisingly, there were notes on the motivation of why they did what they did.

It was determined though that Harris had a hatred for other humans, and he was psychopathic. The boys also had both been victims of bullying at school.

While Harris kept most of his issues inside and hidden, Dylan Klebold was regularly in trouble. He swore at teachers on several occasions, and he also argued with the manager at his after-hours job.

In 2001, families of the victims were awarded a settlement of just over two and a half million dollars, which was shared among them. The settlement was funded by Manes and Duran, and it also had money contributed by the Harris family and the Klebold family.