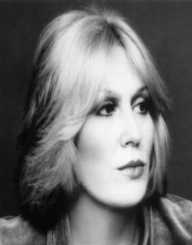 Dusty Springfield was born on April 16th, in 1939. She was famous for being an English pop singer. Part of her fame came about as a result of being a record producer. Springfield’s career took her to the limelight during the 1950s all the way to 1990s. During this period, she went ahead and released solo hit songs such as "You Don't Have to Say You Love Me" – 1966 and "Son of a Preacher Man" – 1969. Personal issues relating to drugs affected her for some time, but she quickly recovered and was back releasing hit songs in 1987. She went ahead and released a song that is normally used as a soundtrack in the Scandal TV series. This song was called "What Have I Done to Deserve This?"

At the time of her birth on April 16th, 1939, Springfield was given the name Mary Isobel Catherine Bernadette O'Brien. Her place of birth was in West Hampstead. She was the second born child of Catherine Anne and Gerard Anthony. She has an older brother who later adopted the name Tom Springfield. Her father was a consultant and a tax accountant.
Growing up, Springfield was raised in High Wycombe, Buckinghamshire. She grew up here until the 1950s before they relocated to Ealing. Here, she enrolled in a traditional girls’ school dubbed St Anne's Convent School.

Dusty Springfield love for music was influenced by the fact that her family also loved music a lot. Her father would often make her guess which music he was tapping rhythm too.

The love for music greatly influenced Springfield decision to start singing alongside his brother while they were still young. Together, they used to sing in their parent's garage. By 1950s, they had taken their music professionally and began recording music together. They also went ahead to join hands as they performed for their audiences.

Shortly after, Springfield joined the Lana Sisters in the early 1960s. She did not take time here as she went ahead and paired with her brother to form another singing group. After that, her brother also began working on a vocalist called Tim Field. The two siblings found the vocalist’s last name quite interesting, and they also adopted it. This is where Mary Isobel also chose to go with Dusty Springfield as her stage name. On the other hand, her brother, initially called Dionysius P. A. O'Brien adopted the name Tom Springfield.

During the 1960s, the two siblings recorded British hit singles such as "the Island of Dreams" – 1962 and "Say I Won't Be There" – 1963. Their talent was appreciated in America. This was a rare occurrence to musicians back in the day. The 1962 hit song "Silver Threads and Golden Needles,” got them to be ranked as number 20 in American pop charts.

After a short success enjoyed by the siblings, they went separate ways in 1963. This paved the way for a highly successful solo career for Dusty. All through the 1960s, she released hit songs that got her to top charts. Dusty’s solo career experienced a profound success just after she had split with her brother. The following year in 1964, she was among the top charts with the song "I Only Want to Be With You."

Several hits soon followed such as "Little by Little," "Some of Your Lovin'," and "You Don't Have To Say You Love Me." The latter earned her high acclaim as the song was hailed all over.

Her greatest work came in 1968 with the release of Dusty in Memphis album. The legendary producers influenced the album's success that she chose to work with.

After being diagnosed with Cancer in early 1994, Dusty Springfield took some treatment that helped alienate the disease for some time. However, in 1996, the disease was back again haunting her and affected her career greatly. She died three years later on March 2nd, 1999.