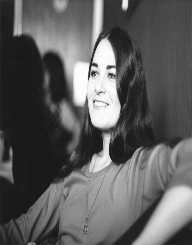 Donna Godchaux is an American folk musician and the only female member of the band Grateful Dead.

Donna Godchaux was born in Florence, Alabama as Donna Jean Thatcher on August 22, 1947. She started singing in Muscle Shoals in Alabama. American folk songs musicians from the south did their recordings at the Fame Studio founded by Rick Hall. Godchaux was hired to sing as a session musician in the studio recordings of most musicians. When she turned 15 years, she started recording with known artists and became a celebrity session backup prodigy in Muscle Shoals. She featured in recordings of celebrity musicians like Duane Allman, Cher, and Elvis Presley.

She moved from Alabama to San Francisco in the middle of 1970. She met her future husband Keith Godchaux in San Francisco. Keith was a performing musician. In 1971, she went to a music concert by Jerry Garcia, the lead vocalist of the band Grateful Dead. She introduced her husband Keith to Garcia during the concert. Garcia allowed Keith to perform during the musical breaks at the concert. Impressed by the performance, Garcia invited Keith into the band. She followed her husband into the band at the fall of the year, becoming the only female member of the band.

Donna Godchaux sang in the backup vocals with occasional lead vocal assignments. She became popular for injecting the female touch to the band. Godchaux toured with the band across several cities in the US. As a recording lead vocalist, she recorded several songs with the musical outfit Grateful Dead. She did the song Donna & Keith in 1975. She took time away from the band to start a family. She returned into the band and stayed until 1979.

She lost her husband in 1980. Godchaux remarried and returned to Muscle Shoals. She recorded a few songs as a solo artist. Her fame got her invitations to perform with other bands in Florence. She appeared in the recording of the album Playing in the Heart of Gold, by the group The Ghosts. In 1986, she appeared in the album the Hearts of Gold Band, recorded by the group The Heart of Gold Band. She recorded a self-titled album in 1998. She went back to the studio to record with the band the Hearts of Gold Band in the 2004 album titled At the Table.

In 2008, Godchaux formed her own band named Donna Jean Godchaux Band. She later incorporated other band members like Jeff Mattson and Mookie Siegel and renamed it Donna Jean and the Tricksters. In 2008, she went to the studio with her new band The Tricksters, in the recording of the album Donna Jean and the Tricksters. In 2014 she recorded another album with her new band. The album Back Around became a commercial success within the southern states of the US. Godchaux continued making guest collaborations with other musicians as she steered her band into musical tours. Some of the notable collaboration partners include New Riders of the Purple Sage, Dead & Company and Bob Weir & Ratdog.

Despite being from the south of the US, Godchaux adapted several music genres in her career. She blended in with musicians from other genres including, Rock, Rhythm and Blues, American Country Folk, and Reggae. She manifested her versatility during her time as a vocalist with Grateful Dead. The band experimented with the 1970s music genres popular in the US.

Godchaux started with music greats like Elvis Presley in her younger days in Florence. She traveled to San Francisco and subjected her music to open collaborations. She sand with other musicians including the legendary Soul and Blues singer Aretha Franklin. Her ability to back up the vocals and also lead in songs made her one of the most sought after singer in Alabama. Godchaux was noted for her free spirit. She recorded with singers from all over the US regardless of their race, social or political inclination.

Donna Godchaux married her first husband and fellow Grateful Dead member Keith Godchaux in 1970. She had a son with Keith named Zion who was born in 1974. Keith died in July 1980. She remarried again to her present husband David McKay in 1980. McKay is an instrumentalist playing the bass guitar.

In 1994, she was inducted as a member of the 1970s group Grateful Dead into the Rock and Roll Hall of Fame. She lives in Killen, Alabama and is still active within the musical circles in the Muscle Shoals district.

Donna Jean Godchaux started off as backup singer deep in the Alabama south. She spent her early years doing session recording with local and other prominent American musicians. As the years went by, she discovered her talent in singing. She decided to venture in professional recording as a career musician. The racial segregation gave her little options in majoring into the music world.

Godchaux moved out of Florence to start her major career recordings. She recorded singles an albums with various artists broadening her artistic reach. Her free-spirited musical life led her to perform with many guest bands. She also formed several musical outfits of her won. Despite her lack of permanency in a single musical identity, she proved a dependable back up artist for many recording musicians.