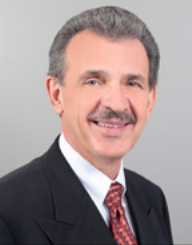 William Roy DeWitt Wallace, or as most commonly known as, DeWitt Wallace, was born on November 12, 1889, in Saint Paul, Minnesota. His parents were James and Janet (Davis) Wallace. He was their fifth out of seven children. His father taught Greek at Macalester College, and would eventually become President of Macalester College. His father was also a minister, while his mother was the daughter of a minister. His mother had also had a mental illness, which is believed to be one of the factors as to why, as a child, he was a mischief-maker, which would cause him issues in school later on in life.

DeWitt Wallace was a bright child. He completed six years of elementary in only four years at Mount Hermon School. Due to his tendencies to get himself into trouble, his parents sent him to Macalester Academy, which didn't pan out too well, due to his mischief-making. He was later expelled from there and another high school before returning to and graduating from Mount Hermon School. He attended Macalester College from 1907 to 1909 before he was asked to leave due to his mischievous tendencies. In 1910, he enrolled at the University of California Berkley as a freshman, where he completed two years of college, however, he did not graduate with a degree.

DeWitt Wallace returned to Saint Paul, in 1912 to work for Webb Publishing as a sales letter writer in the book department. Wallace worked there for four years developing an interest in the magazine world. He had noticed that the Department of Agriculture and various state bureaus published many works that were important to farmers. So in 1916, with the help of a loan from Webb Publishing, he created his first publication ‘Getting the Most Out of Farming.' However, it was not highly received, and he made just enough money to repay his loan.

When the United States entered World War 1, in 1917, Wallace joined the Army. He was severely wounded one year later in 1918 at the Meuse Argonne offensive, where he caught shrapnel in his neck, back, and shoulder. He was discharged in 1919.

When DeWitt Wallace, returned to the States, he spent his time studying magazines at the Minneapolis Library. He used his index cards that he created at various points during his life, to help him decide which host articles he wanted to cover in his magazine.

After being shot down by publisher after publisher, Lila Acheson Wallace suggested to DeWitt to self-publish his first publication and in February of 1921, Volume One, Number One of the Reader's Digest forbidden. At first, it received a lot of praise but not a lot of profit, there were only 5,000 copies produced and only had 1,500 subscribers. By 1924 the Digest had about 6,000 subscribers and had repaid all of the loans taken out to start the company. Then by 1939, Reader's Digest had over 3 million subscribers. The first international publication was in 1938 in the United Kingdom. Now, Reader's Digest sells over 17 million copies and has over 70 million readers. There are 49 editions, in 21 languages, and in 70 countries.

DeWitt Wallace believed that the American public wanted their information to come to them in a way they could understand. All articles had to follow his simple formula, was it quotable, was it applicable and would it be of lasting interest. It was a non-fiction publication, which adjusted their material based on the attention of his readers. The publication, also, followed strictly to his political views, which were conservative Republican and anti-Communist.

At first, the articles were condensed from other publications, but then in 1933, the Reader's Digest produced its first original content. "And Sudden Death," published in 1935, established Reader's Digest for its reputation of having the public's best interest at its core. "And Sudden Death," actually help lead to automotive safety and seatbelt reforms. Then in 1954, "The Facts Behind Cigarette Controversy," was the first article that showed the correlation between smoking and cancer.

In the 1950s with the rising costs of publication, DeWitt Wallace polled his subscribers, whether or not they would slightly raise the cost of the magazine or allow advertisement. Readers preferred to have the advertisement than have an increase in the price of the Reader's Digest. He had banned tobacco advertisement and had banned alcohol advertisements. Then due to changing feelings in the United States, he allowed wine and beer advertising in 1978, and then in 1979 liquor advertisement was allowed.

In 1972, for the 50th anniversary of Reader's Digest, President Nixon held a white-tie banquet for them at the White House. During this celebration, DeWitt Wallace was awarded the Medal of Freedom, which is the highest award a non-military person can receive.

When DeWitt Wallace attended the University of California he became friends with Barclay Acheson, who introduced him to his sister Lila. Lila and DeWitt corresponded over the years, and on October 15, 1921, they were married by Barclay. Lila was DeWitt's biggest fan and biggest supporter. She helped him create Reader's Digest, and never let DeWitt become discouraged. They never had any children.

When they first were married, they lived in Greenwich Village and then relocated to Pleasantville. They lived in a garage and had the headquarters for Reader's Digest in a pony shed. Then in 1925, they moved to Chappaqua. They then bought a 100-acre farm that was known as High Winds. DeWitt let Lila design and decorate it. This is where they would hold small dinner parties, usually just for their friends or for his editors and their families. The Wallaces’ tended to shy away from the spotlight but did enjoy the occasional date night out to the New York City Theater or New York City concert halls.

DeWitt Wallace was known as being a very frugal, yet a generous person. He was known to send his office messages around on the back of used envelopes. He was known to shut lights off if they were on and no one was in there. In 1933 when he first became successful, he bought and furnished his father a new home. He also set up trust funds for 32 of his family members. Once he gave Joshua Miner, the president of Outward Bound USA, a check for one million dollars, just because he believed in the organization's philosophy of learning self-compliment and self-realization through outdoor activities.

They also had seven supporting organizations that eventually developed into the Wallace Endowment Fund. This fund helped to support American Museum of Natural History, the Boys/Girl Scouts of America, the Bronx Zoo, Medical Assistance Programs, and the Salvation Army to name a few. They also support and work with The New York Community Trust.

DeWitt Wallace gave up the running of day to day operations in 1973 and retired to their 100-acre farm, High Winds. They still enjoyed their weekly outings to the Opera or theater and still kept living a simple life. DeWitt enjoyed working on his home, himself instead of hiring someone else to do it. He passed away at his home, with his devoted wife at his side, due to complications of pneumonia at the age of 91, on March 30, 1981. DeWitt lived rags to riches type lifestyle and was a real inspiration.