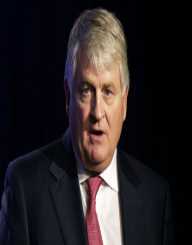 Denis O’Brien was born 19th April 1958 to Denis and Iris O’Brien. He was born in County Cork, Munster, Republic of Ireland, and has three siblings, one brother, and two sisters.

Denis O’Brien had an entrepreneurial tendency from a young age. He started working at the age of 14 as a bellboy for the Central Hotel in Dublin. He also worked during the summer school holidays and accompanied his father on sales trips selling equine drugs that were manufactured by his father’s company.

Denis O’Brien established a consortium in 1995 called Esat Digifone, which placed a bid for the second GSM mobile phone license in Ireland. The license was granted ahead of five other bidders, some of whom were major international companies, in questionable circumstances. At the time, Denis O’Brien owned 40% of the consortium, Telenor owned 40%, and the other 20% was owned by International Investment and Underwriting (IIU), which was owned by Dermot Desmond.

Denis O’Brien's company, Digicel, then started competing for mobile phone licenses in the Caribbean and the Pacific. In 2014, it was reported that Denis O’Brien was going to expand into fixed-line services and next-generation mobile services.

In 2005, Denis O’Brien was appointed Deputy Governor of the Bank of Ireland. He had been living in Portugal and moved to Malta for tax purposes. He resigned from the position in 2006.

Denis O’Brien purchased shares in Tony O’Reilly’s company, Independent News & Media (INM) in 2006. In 2008, Denis O’Brien increased his shareholding, which made him the second largest shareholder behind Denis O’Brien. In 2012, Denis O’Brien was able to take control of the company, ending forty years of family ownership. Several directors resigned. At last reporting, Denis O’Brien held close to 30% in shares, with the O’Reilly family only holding about 13%.

In 2013, Denis O’Brien bought Topaz Energy, which consisted of 444 petrol stations, plus a commercial operation that included over 30 depots and two terminals. O’Brien sold in 2016 for around €450 million, which was more than double what he paid for it.

The Moriarty Tribunal concluded that Ireland’s Energy and Communications Minister, Michael Lowry, had helped Denis O’Brien secure the mobile phone contract for Esat Digifone. It was found that Lowry had been bribed with a $50,000 payment. However, as The Moriarty Tribunal is not a legal entity, its findings were useless and not used legally.

Another unsavory incident took place in 2011, when Sam Smyth’s Sunday radio show on Today FM was dropped. He had been broadcasting for 14 years, and the radio station tried to say that drops in ratings were the cause of the show being cancelled, however, Smyth had discussed O’Brien’s case being conducted at the Moriarty Tribunal, and with Today FM being owned by O’Brien, it didn’t go down well.

Between 2012 and 2014 there were several instances where Denis O’Brien had reported stories and articles throughout the INM network censored, stifling freedom of the press.

Denis O’Brien has also threatened and been involved in several lawsuits over the years.

One of these was when Denis O’Brien successfully took out an injunction against RTE (a State broadcaster in Ireland) to stop the discussion of a particular financial transaction involving his bank. It later became a lawsuit, withDenis O’Brien suing RTE, and also the Irish government.

When Haiti had its earthquake in 2010, Denis O’Brien was a major contributor, of both money and time. His company, Digicel, provided free mobile phones and free accounts, to the citizens of Haiti. Although done on humanitarian grounds, it did benefit O’Brien greatly, as many of the recipients stayed with Digicel.

The luxury Marriott Hotel was opened in Haiti, owned by Digicel. The company contributed $45 million.

Denis O’Brien also pledged €3.5 million of his own funds to help the Haitians.

2012:   National Order of Honor and Merit by the President of Haiti for his investments and contributions to Haiti.

Denis O’Brien married Catherine Walsh in 1997. They have four children.

After the Haiti earthquake, apart from funds being contributed both on a personal and business scale, Denis O’Brien worked to attract foreign investment into the country. He also contributed to the building of 50 schools, both primary and secondary, in the 18 months after the earthquake. This was a very significant contribution to the rebuilding of Haiti.

He also rebuilt the Iron Market in Port-au-Prince, the capital of Haiti.