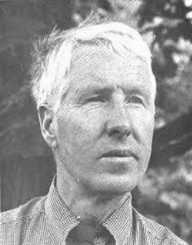 Daniel Urban Kiley was born 2nd September 1912. He was born in Boston, Massachusetts, in the United States, and his father worked in construction as a manager. Kiley graduated from high school in 1930. Consequently, in 1932, he started his four-year apprenticeship as a landscape architect with Warren Manning.

In 1936, Kiley enrolled at Harvard in their design program. Kiley continued to work for Manning, but only on a part-time basis while he studied.

Manning died when Kiley was two years into his study at Harvard. As a result, Manning's business closed, and Kiley dropped out of school without completing his degree.

Kiley worked briefly for the National Park Service, and he then worked for the United States Housing Authority. With encouragement from a fellow architect, Louis Kahn, Kiley left his job with the Housing Authority in 1940. As a result, he decided to become a licensed architect.

In 1943, Kiley joined the United States Army, where he served until 1945 during World War II. He worked for the Office of Strategic Services, in their Presentations Branch and in due course became the director.

After the war, Kiley re-opened his business in New Hampshire. In 1947, he teamed up with Saarinen, and they entered a competition to design for the Gateway Arch National Park. The contest launched Kiley's career as a landscape architect.

Kiley became famous for his geometric style of landscape designing. Hence, he designed over 1,000 landscapes and won many awards for his work.

Some of his work includes the John F. Kennedy Library in Boston. Other notable works include the Lincoln Center in Manhattan and Fountain Plaza in Dallas.

In 2013, a traveling exhibition began. It shows photographs of Kiley's work. Organized by The Cultural Landscape Foundation, it will take several years to travel through America.

Among his awards and honors, Kiley has the following:

1963: Elected into the National Academy of Design
1977: Awarded the National Medal of Arts
2002: Lifetime Achievement Award by the Cooper-Hewitt National Design Museum