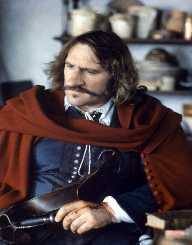 Cyrano De Bergerac did some tertiary education at the College De Dormans-Beauvais in Paris, France but did not graduate.

Cyrano De Bergerac joined the Army and was wounded in 1640. In 1641 he resigned from the Army and commenced studying with Pierre Gassendi, a mathematician, and philosopher. He produced his first work in 1754, A Voyage to the Moon: with some account of the Solar World where he poked fun at the current religious belief that saw man as the center of creation. Bergerac was committed to freethinking materialism and had no time for enforced authority, including religion. Examples of his work include the play The Death of Agrippina in 1654 was a tragedy and The Pedant Imitated, a comedy. On a political level, he was in favor of political realism. He was ahead of his time and was often ridiculed and frowned upon, but by the 20th century, his work was appreciated. Scholars regard de Bergerac as a master of baroque prose.

Cyrano De Bergerac died at the house of his cousin on the 28 July 1655. He was thirty-six years of age. His cause of death has remained unspecified.

French playwright Edmond Rostand’s (b.1868-d.1918) best-known play is Cyrano de Bergerac. This, in turn, inspired others including Louis Gallet’s book The Adventures of Cyrano de Bergerac, other games and in the 20th Century, film.