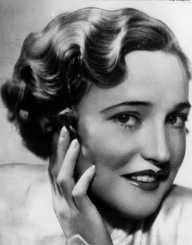 The Toast of Hollywood: Corinne Griffith

Corinne Griffith is an American actress, producer, and writer who was known for her exceptional beauty and charm and was termed as the most beautiful actress of the silent era. Some believed that she had the face of an early Italian angel.

Corinne Mae Griffith was born on November 21, 1894, in Texarkana, Texas. She was the daughter of John Lewis Griffin and Ambolina Ghio. Corinne attended some local schools and finally matriculated from Sacred Heart Convent School in New Orleans.

After completing her education, Corinne Griffith started to work as a dancer. She also took part in beauty contests and became a popular girl in the society by winning a Mardi Gras beauty contest. After the win, she frequented many society parties, and it was during one such party she was spotted by Rolin Sturgeon, a director at Vitagraph Studios.

Director Rolin Sturgeon offered Corinne Griffith a movie contract which she found hard to refuse. However, in the beginning, she had to face opposition from her parents who were hesitant about her pursuing a career in acting. But Griffith managed to convince them, and she moved to California with her mother.

Her screen debut happened in the year 1916 at the Vitagraph Studios. Initially, Corinne Griffith was seen in two-reeler films. But with her acting prowess, she quickly gained prominence and bagged several leading lady roles in big movies with a renowned star cast. Within the first year of her career itself, she got the golden chance to work with established and world-renowned actors like Harry Morey and Earle Williams.

After her first year of working as an actor with the Vitagraph Studios, in 1917, Corinne Griffith was relocated to New York from California. By the dawn of the year 1918, Corinne Griffith had cemented her position as an actress in the industry and was seen as the featured star of her movies.

While working on the film ‘The Girl of Today,’ Griffith had to brave freezing temperatures. Unable to withstand the wintry weather, she ultimately collapsed on the sets and was able to get back into action after an extended period of recovery. Her alliance with Vitagraph Studios lasted for six long years during which she appeared in over 35 feature films. Her association with Vitagraph came to an end in the year 1922.

Corinne Griffith's most exceptional work was the First National film ‘The Divine Lady’ released in the year 1929. The historical drama explored the lives and relationship of Lady Emma Hamilton and Admiral Nelson and was an American Vitaphone sound film that had background music but no spoken dialogues. Griffith’s stellar performance as the leading lady Emma Hart aka Lady Emma Hamilton won her many accolades along with an Academy Award nomination for Best Actress.

Just two months within the release of ‘The Divine Lady,’ First National came out with Griffith’s first talkie film ‘Saturday’s Children,’ but the film failed to make a mark. Next in line came two more talkies titled ‘Lilies of the Field’ and ‘Back Pay.’ Much to the disappointment of the audience, both the films were utter failures, and Griffith was criticized for having a nasal tone.

Fans and critics found her voice to be sad. This essentially marked the end of her career. The introduction of sound in the film industry spelled doom for her and Corinne Griffith retired from her acting career in 1932. Her last film was with Paramount-British titled ‘Lily Christine.’ Though she did appear in the 1962 low-budget melodrama ‘Paradise Alley,’ the film did not get a widespread release.

After retiring from the big screen, Corinne Griffith was seen in Noël Coward’s play ‘Design for Living.’ She eventually turned her attention towards writing, and a compilation of her experiences as a baseball fan was published as the book ‘My Life with the Redskins’ in 1947.

After tasting success with her first book, Corinne Griffith authored various other books in different genres like her memoir ‘Papa's Delicate Condition’ (1952). She also wrote a recipe book titled ‘Eggs I Have Known’ (1955), a collection of short fiction stories titled ‘Hollywood Stories’ (1963) and many more. She was also the composer of songs like the famous football anthem ‘Hail to the Redskins’, ‘October,’ and ‘Chanson du Bal.’

Griffith’s talent was not just restricted to films, composing and writing. She had extraordinary business acumen. She was the executive producer for many of her movies. She began investing in real estate and proved to be a shrewd businesswoman. By the time she dies, she was one of the wealthiest women in the world. She was also the chairman of The Committee for Honoring Motion Picture Star.

Blue-eyed brown-haired beauty smote many men. Corinne Griffith married four times in her life. In 1920, she first tied the nuptial knot with Webster Campbell. They got divorced after three years, and Griffith married Walter Morosco in 1924. Their marriage lasted for a decade after which they got separated. In 1936, she entered into wedlock with the owner of Boston Braves, George Marshall. The couple subsequently filed for divorce in 1958. In 1965, the unmatched beauty got married to Dan Scholl, a man who was 33 years younger than her. The marriage was dissolved within six weeks after a much-publicized courtroom drama.

Corinne Griffith, known as the Orchid Lady of the Screen, spent her final years at her Beverly Hills Mansion. She passed away on July 13, 1979, in Santa Monica, California. She was 84-years-old at that time, and the cause of her death was said to be heart failure.