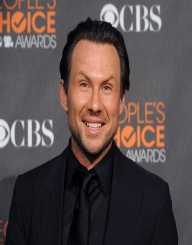 Christian Slater is an American actor and producer currently starring as Mr. Robot in a TV series of the same name. Christian Slater is one of those actors who found fame early, but then became infamous for their behavior and finally, revive their career and personal image.

Christian Slater was born on August 18, 1969. His birthplace is New York City. His full name is Christian Michael Leonard Slater. He is the son of actor Michael Hawkins and producer Mary Jo Slater.

Christian Slater went to the Dalton School and then later attended the Professional Children’s School. He had his acting training at the LaGuardia School of Performing Arts.

Christian Slater began his acting career with the soap opera One Life to Live. He was barely 11 years old. He then appeared in The Music Man in 1980. After doing a few more stage plays, he moved into films and was cast in The Legend of Billie Jean in 1985. The role garnered him a lot of favorable reviews, and he was looked upon as a rising star in

In 1989, Christian Slater appeared in Gleaming the Cube and then played a much darker character in Heathers alongside Winona Ryder. The movie catapulted his fame to new heights. But with growing fame, Slater’s notoriety increased.

Christian Slater was involved in drunk driving and was arrested twice. He also served jail time, and his reputation as a growing star suffered a lot.

Christian Slater appeared in Pump Up the Volume in 1990. The film did well at the box office. A year later, however, his film Mobsters was a flop. In the same year, he appeared in a supporting role in Robin Hood: Prince of Thieves. This film also failed both revenue and viewership-wise. After a dry period, he tasted success with the 1993 film Untamed Heart starring Marisa Tomei. The film brought him positive reviews after a long time. His next film True Romance was also a success.

Christian Slater kept getting into trouble, however. He was arrested in 1994, for trying to board a plane with a weapon (a 9mm handgun). His next few films were moderate successes, and his acting career started to go downhill.

In 1996, Christian Slater starred alongside John Travolta in Broken Arrow. 1997 was particularly a dark year for his career. He was arrested again – this time for manhandling his girlfriend and attacking another man who tried to break the altercation. He was also found guilty of drug and alcohol abuse. Sentenced to 3 months jail, Slater’s career looked over.

After serving time and then going to rehab, Christian Slater made a comeback in films. He appeared in Hard Rain and Very Bad Things in 1998. He began taking more support roles than before, and in 2002, he was cat into the film World War II.

His first TV series role was in My Own Worst Enemy. The show was canceled shortly. He slowly became more successful in the TV industry with Breaking In. In 2015, he landed the role of Mr. Robot in a TV series of the same name.

Christian Slater has received much praise and also a Golden Globe nomination for his role.