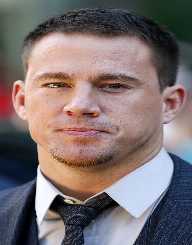 Born on April 26, 1980, Channing Matthew Tatum is an American actor, dancer, and a former stripper. He started a career model before venturing into acting. He made an acting debut playing Jason Lyle in the drama film Coach Carter in 2005. He played other roles in films like Havoc, Supercross, War of the World all in 2005 before landing his breakthrough role in the dance film Step Up in 2006.

Channing Tatum has since played roles in numerous film and television productions. His role as Duke in G.I Joe: The Rise of the Cobra and it sequel G.I Joe: Retaliation further shot him into the limelight. The award-winning actor has starred in other films like Magic Mike, 2012, Magic Mike XXL, Dear John, 2012, 21 Jump Street among others.

Channing Tatum was born on April 26, 1980, in Cullman, Alabama to Kay and Glenn Tatum. His mother was an airline worker and father was a construction worker. He had a sister Paige, and the family was from an English dominated descendant. At age six the family moved from Alabama to Pascagoula, Mississippi where he grew up in the Mississippi River. As a child, he had an attention deficit disorder and dyslexia which affected his academic performances in school.

Nonetheless, Channing Tatum was a sports person and took part in several sporting activities including soccer, football, basketball and other track events. He was interested in martial arts so practised wuzu Quan kung fu. He had part of his education at the Gaither High School but later moved to the Tampa Catholic High School in Glenville, West Virginia. According to Tatum, girls were his greatest distraction while in school. He was voted as the most athletic student as he graduated from the school in 1998. After high school, he had a sports scholarship; so enrolled at the Glenville State College in Glenville, West Virginia but dropped out to pick odd jobs.

After dropping out of school, Channing Tatum picked several odd jobs like a roofer and a stripper at a local nightclub with the name Chan Crawford. His career as a stripper would form his future film, Magic Mike, as he revealed in an interview with an Australian newspaper about his the passion for doing a film which would depict his career as a stripper. Tatum left for Miami, and that was where a model talent scout discovered him. His first job there was as a dancer in the music video of Ricky Martin’s She Bangs in 2000. That job earned him $400.

As his modelling career grew, Channing Tatum worked with top brands like Armani and Abercrombie & Fitch and appeared in television commercials for Pepsi and Mountain Dew in 2002. Tatum was later signed to a modelling agency in Miami, Page 305. This was when Tatum became more visible in the entertainment industry. He worked with brands like Dolce and Gabbana, Emporio Armani, Nautica, American Eagle Outfitters and was cast for Vogue magazine by Al David. He later signed with Ford Models in New York.

Channing Tatum made an acting debut in 2005 when he appeared in the film Havoc in 2005. This set the pace for other films, television and music video productions. At the early days of his career, he played roles in productions like Supercross, She’s the Man, 2006, A Guide to Recognising Your Saint and Step Up. He played the role of Steve Shriver in Kimberly Pierce’s film Stop-Loss in 2008, which was about the return of Iraq soldiers home.

Channing Tatum had previously played the role of Johnson in Stuart Townsend’s film Battle in Seattle in 2007 which was a riot during a World Trade Organization meeting in Seattle in 2009. He featured in Public Enemies in 2009 playing the role of Pretty Boy Floyd an American gangster in the 1930s. With initial reluctance with the fear of glorifying war, Tatum accepted a role as Duke G.I Joe: The Rise of Cobra in 2009. The Screen Gems film, Dear John, 2010 in which he played the role of a soldier was his next film.

As of 2012, Tatum resolved he would only star in a film he produces except in films directed by one of his ten favourite directors. That year, he hosted Saturday Night Live and co-starred in films like The Vow, Haywire, and 21 Jump Street. As it has always been his dream, Tatum starred in Magic Mark, a film depicting his eight-months stripping career in a Californian nightclub. Tatum reprised his role Duke in G.I Joe: The Rise of the Cobra in the sequel G.I Joe: Retaliation in 2013, and also reprised the role in 21 Jump Street in its sequel 22 Jump Street, 2014. His other films include White House Down, 2013 and Foxcatcher, 2014 among several others.

Channing Tatum is married to actress Jenna Dewan since July 11, 2009. The couple met on set during the shot of Step Up in 2006. They were blessed with a daughter in 2013. Tatum owns two production companies Iron Horse Entertainment and 33 and Out Production which made its debut production with the documentary Earth of Glass.