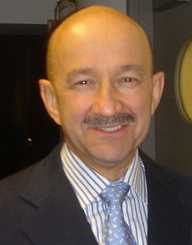 Carlos Salinas de Gortari was born 3rd April 1948, to Raul Salinas Lozano and Margarita De Gortari De Salinas. Born in Mexico City, Mexico, Salinas was one of five children. His father worked as a senior government minister, and this led the way for Salinas to follow.

Salinas studied economics at the National Autonomous University of Mexico. He followed this by studying at Harvard University. He graduated in 1973 with his master's degree in Public Administration. Salinas then earned his Ph.D. in 1978. He was politically active during his school years.

President Miguel de la Madrid hired Salinas in 1982 as his Minister of Planning and Budget. The Ministry was important as the prior government had left Mexico in a financial mess.

During his time in the Ministry, Salinas built relationships and alliances with power brokers. At the same time, he stayed away from the public's eye. This was to let the President remain the focus.

The Institutional Revolutionary Party (PRI) was the party in power. Other parties provided strong competition at the 1988 elections. Although a new computer system had been installed to count the votes, it was mysteriously turned off. This happened on more than one occasion.

At the end of the count, Salinas became President. Many believed the elections were rigged because of the computer problems, but there was no challenge to the result.

Salinas immediately began work on reforming Mexico. He wanted to modernize the country so it could compete on a global level. His government privatized hundreds of companies previously run by the state. These included the government's telephone company, steel, and mining, and several banks.

His goals included democracy, economic recovery, and improving living standards. When he ended his Presidency in 1994, inflation was at its lowest point in 22 years. It had gone down to 7%, but soon after he left office, it rose again to 51%.

One of Salinas's first acts in office was to set up a social welfare program to help ease poverty. He used public money in poorer areas to improve education, build clinics, and improve the electricity grid. The other side of the effort was to provide better services to the middle-class. This was due to the PRI not polling well in those areas.

He created the National Human Rights Commission in 1990. He also successfully negotiated a free trade agreement with the U.S. and Canada.

Salinas renegotiated Mexico's foreign debt. He also put a lot of funding towards fighting the drug cartels from Colombo. The cartels were using Mexico to move their product through to the U.S. He had no impact on their businesses.

Salinas selected Luis Donaldo Colosio as his successor for the election in 1994.

In early 1994, there was an uprising in Chiapas, which was a poor area of Mexico. Salinas handled the situation well, sending in a peace negotiator.

Colosio was assassinated two months later. Salinas then endorsed Ernesto Zedillo as his successor. The elections took place in August, and Zedillo won the Presidency.

He has six children. Three of the children were with Occeli, the other three with Gerard.