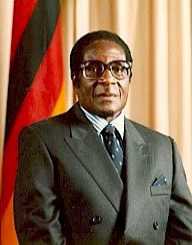 Canaan Sodindo Banana was born on March 5, 1936, in Esiphezini Communal Area, Southern Rhodesia. He received his education from missionaries in a local school and later went to study at a teacher training institute.

In 1961, Banana married Janet Mbuyazwe. The couple had four children together. In 1962, Banana received a diploma in theology from the Epworth Theological College in Salisbury and became an ordained United Methodist minister. In 1974 and 1975, Banana studied at the Wesley Theological Seminary in Washington D.C. During this time he became involved in politics and denounced the prime minister Ian Smith, and took part in the transnational black liberation religious movements. He later became the vice-president of the African National Council.

In the late 1960s, many members of the African National Council were arrested. Banana and his family fled to the United States and remained there until 1975. Upon his return, Banana was arrested and imprisoned for one year, and then was kept under house arrest. He was later allowed to participate in Abel Muzorewa’s plans for the country, but he abandoned the effort to join ZANU- an organization devoted to overthrowing the Smith administration. In 1976, he was again arrested for his support of ZANU.

In 1997, during the trial for the murder of his former bodyguard, accusations of sodomy were made against Banana. His bodyguard, Jefta Dube was shot by a policeman, who allegedly was Bananas partner. Banana was arrested on charges that he had misused his power to coerce men into sex. He was found guilty of eleven charges of sodomy, attempted sodomy and indecent assault.

Before he could be imprisoned, Banana fled to South Africa. At the end of 1998, he returned to Zimbabwe, after Nelson Mandela convinced him to face up to the rule of Mugabe. In 1999, he was sentenced to 10 years in prison.