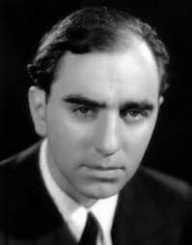 Busby Berkeley William Enos was born in Los Angeles, California, on November 29, 1895. His father, Frank, was a director and actor. His mother, Gertrude, was a stage actress. His father died when he was eight years old. After that, he was sent to different boarding schools. In 1914, he graduated from the Mohegan Lake Military Academy in New York. He soon got a job in a shoe company. He served in World War I, overseeing drills by American and French soldiers.

After the war, Busby Berkeley started working on stage in New York City. He got a few small acting roles and directing duties. He choreographed his first play on Broadway in 1925. After that, he continued to work on over two dozen plays. His most significant success at the time was the musical A Connecticut Yankee. This captured the attention of Hollywood producers.

Berkeley was first hired by producer Samuel Goldwyn. In 1930, he worked on the choreography for the film Whoopee, starring the comedian Eddie Cantor. He continued with three more films with the same actor – Palmy Days, The Kid from Spain, and Roman Scandals. He also worked on the musical Flying High and the drama Night World. All of the films were huge hits.

Berkeley was soon hired by Warner Brothers. He worked on many of the company’s films. Some of them, such as 42nd Street, Footlight Parade, and Gold Diggers of 1933, became musical classics. He became known for his extravagant choreographies. Instead of focusing on the abilities of the dancers, he highlighted the geometric shapes they formed together. He also shot the scenes from above; giving a view that was not seen in previous productions.

As his films gained success, Busby Berkeley himself gained more significant responsibilities. He became a director instead of just a choreographer. In 1935, he received his first Academy Award nomination for best dance director. He got his second nomination in 1936, for Gold Diggers of 1937. The third nomination came in 1937 for Varsity Show.

By the end of the 1930s, flashy musicals started to become outdated. Berkeley slowly transitioned to more serious films. He directed the melodramas Men Are Such Fools, and They Made Me a Criminal. In 1939, he signed with the MGM company. He directed several films, the most popular ones being Babes in Arms and Babes on Broadway. He often collaborated with actress Judy Garland. In 1943, he started working for Twentieth Century Fox. He directed the musical The Gang’s All Here, which fit his old flamboyant style. Still, because of the costs, his following films were toned down.

Busby Berkeley's career started to slow down. He no longer directed several films a year. He still managed to create a few hits, such as Take Me Out to the Ball Game, starring Frank Sinatra. In the 1950s, he stopped directing. He only choreographed a few films, such as Two Tickets to Broadway and Small Town Girl.

Berkeley’s musicals started to become popular again in the late 1960s. During that period, he toured and gave lectures on a few universities. He also filmed a commercial for cold medication in 1930s style. In 1970, he directed the revival of the play No No Nanette on Broadway.

Busby Berkeley was married six times. Two of his wives were the actresses Esther Muir and Merna Kennedy. He was survived by his last wife, Etta Judd.

In 1935, Berkeley was involved in a car accident, colliding with two other cars. Two people died, and five sustained major injuries. After a few trials, he was found not guilty.

Busby Berkeley died on March 14, 1976, in Palm Springs. He was 80 years old, and he passed away from natural causes. He was buried in Cathedral City, California, at the Desert Memorial Park.