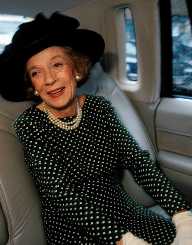 Born Roberta Brooke Russell on March 30, 1902, in Portsmouth, New Hampshire, United States of America to John Henry Russell, Jr., a U.S. Marine Corps officer and socialite Mabel Cecile Hornby Howard, Brooke Astor went on to achieve greater heights in her life as a socialite, writer, and a distinguished philanthropist. Her father’s occupational compulsions, who rose to the rank of Commandant of the U.S. Marine Corps, made her live a considerable part of her early life abroad in places like the Dominican Republic, China, Haiti, and other places. In 1919, she studied at the Madeira School; a boarding school for girls situated in Mclean, Virginia, the United States for a short period and later completed her graduation from Holton-Arms School, Bethesda, Maryland. She tied the nuptial knot at the tender age of 17.

She married her first husband John Dryden Kuser, politician and an important member of an influential family based in New Jersey, on April 16, 1919. However, her first marriage turned out to be the worst years of her life. She had to experience and endure physical abuse from her husband who was an alcoholic and was also involved in extramarital relationships. She applied for a divorce on February 15, 1930, in Reno, Nevada, six years after the birth of their only child, son Anthony Dryden "Tony" Kuser on May 30, 1924. The divorce was finalized later in that year.

Brooke Astor married her second husband, Charles Henry Marshall, senior partner of the investment firm Butler, Herrick & Marshall, in 1932. She inherited two stepchildren from her second husband Marshall’s earlier marriage. Her second marriage lasted until the death of Marshall in 1952 and according to her own admission her second marriage was a “great love match”. While during the mid-1940s the financial fortunes of Marshall saw some tumultuous times, Astor began working as a features editor at House and Garden magazine. She served the position for the next eight years. She also wrote for ‘Town and Country’ and began traveling considerably.

THE THIRD AND FINAL MARRIAGE

Her second husband passed away in 1952. She married William Vincent Astor in October 1953, 11 months after the death of her second husband. This marriage was her third and final marriage. Her third husband Astor was the last remaining affluent member of the wealthy Astor family. He was the Chairman of the board of the Newsweek magazine. Brooke successfully took care of her third and final husband who happened to have experienced a terrible childhood and thereby had developed a difficult personality over the years. It was also his third marriage. He had also married twice earlier but was childless.

Brooke remained very active during the period of her third marriage and began participating in their real estate and hotel businesses. She also initiated her philanthropic works as well. She completely renovated Hotel St. Regis between 1954 and 1958, built by her father-in-law. Vincent Astor died in 1959 leaving all his fortunes in the name of Brooke. She also became the President of the Vincent Astor Foundation. Armed with loads of inherited property, Brooke accelerated her philanthropic endeavors and started to distribute around 100 grants each year to different charitable organizations including shelter homes, civic works, and institutions engaged in cultural activities.

Having inherited a fortune after Vincent Astor’s death, Brooke continued to serve humanity by way of donations to various charitable and philanthropic institutions. She catered to the cause of the people serving the homeless, assisted in building parks and recreational facilities in housing projects and contributed generously to the cause of developing institutions such as the Metropolitan Museum of Art, New York Public Library and the Bronx Zoo. During the 35 long years she served as the President of the Vincent Astor Foundation, she donated almost a staggering amount of $195 million to the cause of the common people.

Brooke excelled in her role as an author as well. Two of her fictional works ‘The Bluebird is at Home’ (1965) and ‘The Last Blossom on the Plum Tree’ (1986) chronicled her experience of life in an environment of the elite upper-class society. She also authored two autobiographical works viz., ‘Patchwork Child’ (1962) and ‘Footprints’ (1980), where she described her journey of life during her youthful days and depicted her experience as a philanthropist and socialite.

She breathed her last at the age of 105 on August 13, 2007, at her home in Briarcliff Manor, New York after suffering from pneumonia. She was laid to rest in the Sleepy Hollow Cemetery beside the grave of her third and final husband Vincent Astor.