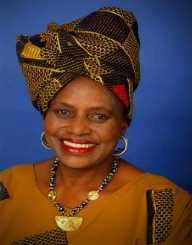 Miriam Makeba was born on March 4th, in 1932. Aside from earning her fame as a South African singer, she also got high acclaim for her role as a female activist. Similarly, she was a goodwill ambassador for the United Nations.

As a singer, Makeba introduced the Western nations to the South African cultural songs such as the Zulu and the Xhosa songs.

Miriam Makeba was born on March 4th, in 1932. Her birthplace was in Prospect Township in South Africa. Her father was an Xhosa whereas her mother was a Swazi. Christina Makeba, her mother, worked as a domestic worker. On the other hand, Caswell Makeba, her father worked as a teacher.

Makeba began honing her music talent right from a tender age as she was a member of the church choir. Things turned out well as she landed on some on-stage performances by 1950s. By the end of this decade, Makeba had garnered high acclaim throughout South Africa.

Later, in 1959, Miriam Makeba caught the attention of an American singer called Harry Belafonte. Her singing role in the documentary dubbed Come Back, Africa raised interest in Belafonte. From this point onwards, the two not only became friends but they mentored each other. Shortly after crossing paths with Belafonte, Makeba migrated to the United States where she settled there.

Her impact was profound right from the beginning. In 1960, Makeba released her first album as a solo artist. Unfortunately, when Makeba wanted to return home to South Africa, she was denied entry. As such, she lived in the United States for the coming three decades.

In spite of being exiled to the United States, her music career thrived. One of the singles that she was celebrated for was “Pata Pata.” This was a song that was initially recorded in South Africa, but it was not released until 1967 in the United States. Equally, Makeba is famed for other songs including “Malaika” and “The Click Song.”

Makeba’s exceptional performance also caught the attention of President John F. Kennedy. She performed for him in 1962 during his birthday celebration. Three years down the line, she released an album with her mentor Belafonte called An Evening with Belafonte &Makeba. Due to their unique contribution to the folk genre of music, they were bestowed with an Academy Award in 1966.

In 1959, Miriam Makeba tied the knot with Sonny Pillay. This marriage did not last long as she was married for the second time to Hugh Masekela in 1964. In 1968, she again wedded Stokely Carmichael.

After getting married to Carmichael, the two moved back to Africa. Together, they first settled in Guinea before moving to Belgium. The couple lived together for about ten years before ending their marriage in a divorce.

Miriam Makeba passed away on November 9th, in 2008. She was 76 years old at the time of her demise.