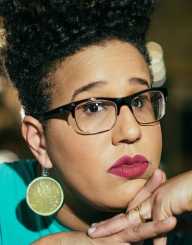 Brittany Howard was born on October 2, 1988, in Athens, Alabama to K.J. Howard,  her father and Christie Carter Howard, her mother. Her parents were an interracial married couple. She had one sister, Jamie, who died of cancer at age 13. After her sister's death, K.J and Christie divorced. Soon after, Brittany and her mother moved to Madison, Alabama.

Brittany Howard started life in a junkyard that her father worked at and loved in a trailer with her father, mother, and sister. Both her sister and Brittany were born with a form of cancer called retinoblastoma. Although Jamie, Brittany 's sister, died, she, Brittany, caught hers in time to save her life.

Before Brittany's sister died, she taught her how to write poetry and how to play the piano. After her sister's death, she started playing the guitar at age 13. At this time, she was attending East Limestone High School where she met her bassist, and fellow bandmate, Zac Crockett. The two, along with Heath Fogg played for the school. After graduation, she started working as a postal worker.

Alabama Shakes was formed when she was 13 with bassist Zac Crockett and guitarist Heath Fogg. In 2011, the drummer, Steve Johnson, became a member of Alabama Shakes. The group started performing together.

They would play at places around town doing music covers of already recorded songs. Their big break came when the group performed at a band a new song and got noticed when their song played on the internet.

Soon after, Alabama Shakes recorded their debut album, "Boys and Girls." The group also signed a record deal with TWO records. The group then released their album in 2012.  After its release, the album received multip!e Grammy nominations.

Brittany Howard had a lot of notable moments in 2015. Alabama Shakes released their second album "Sound and Color," which became a number one hit in the Billboard 200 instantaneously. Not only that, but the music press for their sophomore album was good. The group did a few late night shows performing for the audiences on Saturday Night Live, the Tonight Show starring Jimmy Fallon and Brittany was featured at the beginning of the Late Show with Stephen Colbert.

While at Lollapalooza, Brittany Howard was called on stage to perform with Paul McCartney. She performed at Eddie Murphy 's Mark Twain Prize Show. She was named the recipient of the Billboards Women in Music Powerhouse Award.

Brittany Howard is also the lead singer in the rock band Thunderbitch which was formed in 2012. The band formed in Nashville.  Her bandmates were from Clear Plastic Mask, and AGO labelmates Fly Golden Eagle who released a self-titled album in 2015. The group performed a set at ATO Records Music Marathon in October of that year.

Brittany also was a singer for a trip called the Bermuda Triangle with Jesse Later and Becca Manson.  They formed their group in 2017.  Their music was live on July 12, 2017. Later on that year in September they released their first single.

Some interesting pieces of information, the group Alabama Shakes has two touring keyboard players. They are Ben Tanner and Paul Horton. Brittany herself plays guitar, bass, drums, and piano.

Although Brittany Howard music and sound has been compared to Janis Joplin. Brittany felt that she is her; her music represents her, no one else.  Brittany does not know how long this musical journey she states would last, but it hopefully will last long.