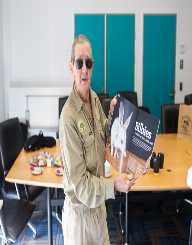 Bob Irwin was born on June 8, 1939, in Melbourne, Victoria, Australia.

Bob Irwin’s career as a professional conservationist, instead of just doing it as a hobby, began in the 1970’s. It was around this time that he purchased four acres of land near Essendon, Australia, to use as a wildlife refuge. What started out as just a chunk of land was soon made into much more than that.

Being a crafty man, Bob Irwin built on the property. Soon after, he designed and built the Beerwah Reptile Park and Fauna Park(now called the Australia Zoo). This park was officially opened on June 3, 1970. When the park was first made, mostly reptiles and snakes were put on display. One of the most popular attractions of the park were crocodiles. One of the reasons why the park kept reptiles is because Bob Irwin was great at breeding reptiles. His wife at the time, Lyn, could care for these animals when they were ill or injured.

In 1982, the park expanded (the Irwin family purchased another four acres for the park) and was renamed the Queensland Reptile and Fauna Park. Soon after, the Crocodile Environmental Park was created within the park (1987). This park was used to both display crocodiles to the general public in a safe way and to keep saltwater crocodiles protected from hunters and other creatures who may wish to do them harm. Mostly injured or ill crocodiles were in this park. They would later be released once they were healthy enough to live in the wild again.

The park was renamed to its current name, the Australia Zoo, in 1998. It was around this time that Bob Irwin moved away from the park, and gave it to his son, Steve Irwin, and his wife, Terri. This couple kept the park running, added more exhibits, began merchandising, and even created an educational reality show starring Steve Irwin. Bob Irwin still worked with the zoo, but not as closely as he had in years previous.

In 2008, Bob Irwin officially resigned from the Australia Zoo, in part because of creative differences he had with Steve Irwin’s widow, Terri Irwin, and the direction she was taking the zoo in. He thought it was becoming too commercialized for his liking.

In 2012, the Bob Irwin Wildlife & Conservation Foundation Inc was founded by Bob Irwin. This foundation was created to continue to the preservation of wildlife and their habitats. The goals of this foundation are simple: they wish to educate people on wildlife, support other organizations that work towards saving animals and their habitats, and advocating for positive change in the environment, instead of changes like deforestation, that can harm wildlife. Overall, the group wants to protect wildlife both for future generations of animals to live happily and for future generations of humans to see beautiful animals. This group is currently accepting donations for anyone who is willing to support their cause.

In 2016, Bob Irwin published a memoir about his relationship with his son - The Last Crocodile Hunter: a Father and Son Legacy.

Bob Irwin was married to Lyn Irwin until her death in 2000. Together, this couple had three children: Joy, Mandy, and Steve Irwin (who also grew up to be a naturalist and a TV personality on the Animal Planet channel). Bob Irwin later remarried and is still currently married to Judy Irwin.