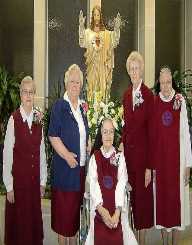 Bernard Ferdinand Popp was ordained as a Catholic priest in 1943.

Bernard Ferdinand Popp worked as a priest becoming an auxiliary bishop in 1983. In 1993, he became parochial vicar at St Benedict’s Parish. During his time as a pastor, he served at St Mary Magdalen and St Paul parishes. Later, he was the founding pastor of the Holy Spirit parish. Then he became rector of San Fernando Cathedral.

Bernard Ferdinand Popp was appointed the director of the Department of Personnel Services for the San Antonio archdiocese and in 2003, he retired to Casa de Padres, for retired priests. He continued working in parish ministries as required.

When the retired San Antonioni archbishop died at the age of 96 in 2014, Bernard Ferdinand Popp had served as a priest for seventy-one years.