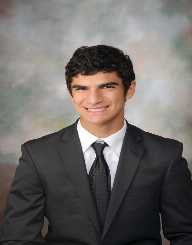 Benjamin  Day was born 10th April 1810, to Henry Day, and Mary Ely. He was born in Springfield, Massachusetts, United States.

In 1824, Benjamin  Day began his work in the printing industry, as an apprentice printer, at the Springfield Republican.

In 1831, Benjamin  Day moved to New York and opened his own printing business. He launched a publication called Sun, and by 1839 the paper had a circulation of 50,000. Day’s point of difference was that his paper sold for only a penny when other papers sold for five or six cents.

Although Benjamin  Day printed other items, his main emphasis was on the “human” side of news, and he is credited for the sensationalism that has become part of news over the years. He also hired a reporter called George Wisner, who became the first police reporter in the US. Wisner wrote a column of “Police Office” news.

In 1840, he launched a new paper, the True Sun. It didn’t last long, and in 1842, he established the first illustrated weekly publication in the US, called Brother Jonathan. Benjamin  Day ran the publication for about 20 years. It was based on reprinting old British novels.

In 1831, Benjamin  Day married Evelina Shepard. They had four children together – three boys and a girl.