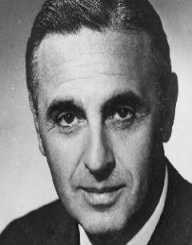 B. Carroll Reece was born on December 22, 1889, to John Isaac and Sarah Maples Reece on a farm near Butler, Tennessee. B. Carroll Reece was named after an ancestor, Brazilla Carrol McBride who served in the War of 1812 but he never used the first name Brazilla. He had a brother, Raleigh Valentine Reece, who became a journalist and a teacher, Rhea County High School in Dayton, Tennessee replacing John Thomas Scopes after the contentious "Monkey Trial." Carroll received his education at the Watauga Academy in Butler and continued at Carson-Newman College in Jefferson City, Tennessee.

While there, he partook in sporting activities like football and basketball graduating in 1914. After his graduation, he worked for a year with the as a high school principal. He then enrolled at the New York University earning his master’s degree in economics and finance, in 1916. He later studied at the University of London.

After receiving his master’s B. Carroll, Reece served as a secretary and instructor at the University of New York in 1916 and 1917. B. Carroll Reece enlisted in the US Army in April 1917 to serve in the World War I, receiving his officer training in Plattsburg, New York. After his training he first served in the 166th Infantry Regiment, a unit of the 42nd Infantry Division and later commanded a company and the regiment's 3rd Battalion, obtaining a rank of Captain.

He was discharged from the army in 1919, with honours including the Distinguished Service Cross, Distinguished Service Medal, Purple Heart and the French Croix de Guerre with Palm. From 1919 to 1920, he served as the director of the School of Business Administration of New York University, where he also studied law. He successfully passed his bar exams and started practising law in Johnson City while also working as a banker and publisher.

B. Carroll Reece contested on the ticket of the Republican Party and won the heavy Republican dominated Tennessee 1st Congressional District made up of the Tri-Cities region in the northeastern part of the state in 1920. Carroll served five conservative terms until Oscar Lovette defeated him in 1930. B. Carroll Reece returned to Congress in 1932 after defeating Lovette to serve until 1947, when he voluntarily stepped down to focus on the position as chairman of the Republican National Committee. He was a delegate to the Republican National Conventions in 1928, 1932, 1936, 1940, and 1948. In 1945 and 1946, served as a member of the Board of Regents of the Smithsonian.

In 1948, B. Carroll Reece contested on the ticket of the Republican for an open seat but was defeated by the Democratic Congressman Estes Kefauver. In 1950, B. Carroll Reece returned to Congress by contesting against his successor in the House Dayton Philips, defeating him for the Republic slot and going ahead to win the elections. B. Carroll Reece subsequently won five other elections. From 1952 to 1955, he served as the chairman of the Special Committee on Tax Exempt Foundations.

B. Carroll Reece was married to Louise Goff, a daughter of US Senator Guy Despard Goff of West Virginia. He died on March 19, 1961, of lung cancer, in Bethesda, Maryland two weeks after being sworn into office to serve his 18th term. After his death, his wife Louise was elected to serve to serve the remainder of his unexpired term in Congress. Carroll became Tennessee’s longest serving member of the House in despite Jimmy Quillen, his successor holding a record of for the longest unbroken tenure in the House for a Tennessee congressman as the 1st District's congressman.

B. Carroll Reece has been awarded several honorary degrees including an L.H.D from Lincoln Memorial University and LL.D.s from Cumberland University and Tusculum College.