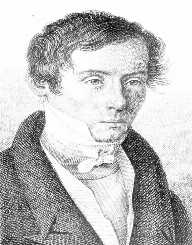 French physicist and engineer Augustin-Jean Fresnel was born on the 10 May 1788, Broglie, Normandy, France. His father Jacques Fresnel was an architect, and his mother was Augustine Merimee. Fresnel was born while his father was working on the de Broglie estate and later the family moved to Cherbourg. The family was adherents of Cornelius Otto Jansen (b.1858-d.1638) who was the leader of a Catholic reformation movement who followers were known as Jansenists. When Fresnel was a year old, the French Revolution started with the storming of the Bastille on the 14 July 1789. The project his father was working on in Cherbourg was stopped, and the family moved to Mathieu, a village north of Caen.

Augustin-Jean Fresnel was a pupil at the Ecole Centrale in Caen from the age of twelve where he discovered his gift for science and mathematics. After completing his schooling, he enrolled at the Ecole Polytechnique in Paris where he studied from 1904 until 1906. Fresnel then studied engineering at the Ecole des Ponts et Chaussees and qualified as an engineer in 1809.

His first position after finishing university was with the Corps des Ponts et Chaussées. Augustin-Jean Fresnel was posted to the La Roche-sur-Yon in the Vendee region as well as Drome and Ille-et-Vilaine. He worked mostly in road construction. As a monarchist he lost his job when Napoleon was restored to power in 1814 and 1815, he joined the royalists for a short time. Upon the restoration of the monarch, Fresnel found work as an engineer in Paris where he was again involved in road construction.

Around the same time, Augustin-Jean Fresnel was researching optics and the aberration of light. He began to focus on the theory of polarised light. By 1818 he had written a paper on diffraction, and in 1819 he was awarded a prize by the Academie des Sciences.

Fresnel began researching a lens constructed from prisms of glass for use as an amplifier of light. By 1821 he was able to show how this could be used in lighthouses. Francois Arago produced a brighter lamp, the Fresnel lamp, which together with Fresnel’s lens was able to establish distances between points on either side of the English channel.

Fresnel presented his system to the French Academy of Sciences in 1822, and in 1823 it was installed in the first lighthouse. At the same time, he was appointed Secretary of Lighthouses.

The French Academy of Sciences appointed Augustin-Jean Fresnel a member in 1823, and he also took up a teaching position at the Ecole Polytechnic as an examiner. Suffering from tuberculosis, he was forced to retire in 1824, aware that he still had much work to do.

The Royal Society of London awarded Fresnel the Rumford Medal in 1825 and 1827 they elected him a foreign member.

Augustin-Jean Fresnel died on the 14 July 1827 at age thirty-nine.