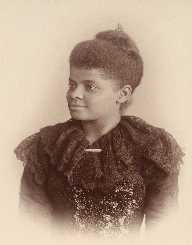 Anna Julia Haywood Cooper was born on August 10, 1858, to her slave mother Hannah Stanley Haywood in Raleigh, North Carolina, United States of America. Her mother was an enslaved woman, and her master was a prominent Wake County landowner named George Washington Haywood. It is believed that either George or his brother Fabius fathered Anna. She had two older brothers, Andrew J. Haywood and Rufus Haywood. Both of them were born slaves, Andrew worked as a slave under Dr. Fabius J. Haywood and fought in the Spanish-American war afterwards. Rufus became the leader of the music group ‘Stanley’s Band.’

In 1867, at the age of nine, Anna Julia Cooper earned a scholarship to a new school, St. Augustine’s Normal School and Collegiate Institute, established and funded by the local Episcopal diocese for imparting education to the newly liberated slaves and their children. Anna Julia Cooper was a student with exceptional abilities. Soon, she rose to prominence due to her academic proficiency and distinguished herself as a rare talent. As a result, she was granted the status of a pupil-teacher and allowed to teach Mathematics at the age of 10 on a part-time basis, besides pursuing her studies rigorously.

Anna Julia Cooper was associated with the Saint Augustine's Normal School and Collegiate Institute for 14 years, and besides completing her high school studies, she was able to earn also as a student-teacher, which helped her pay the educational expenses. In 1881, Anna started her undergraduate studies at Oberlin College, Ohio on a tuition scholarship. She received her B.A. in 1884. She was one of the first black women to achieve the feat. She taught briefly at Wilberforce College after her graduation and returned to St. Augustine in 1885.

During 1885-86, Anna Julia Cooper worked as an instructor in Classic, Rhetoric etc. at St. Augustine’s, where she remained as an instructor previously also during 1881 to 1884 and taught modern history, Classics, higher English besides imparting training in vocal and instrumental music. She joined Oberlin College again and completed her Master of Science degree in Mathematics in 1887.

Anna Julia Cooper moved to Washington D.C. after completing her masters. She joined the Washington Colored High School (established in 1870 as the Preparatory High School for Negro Youth, later called the M Street Colored High School and ultimately the Paul Laurence Dunbar High School) as a faculty member at the invitation of Washington DC, superintendent of colored schools. She became the Principal of the school in 1901. During this period she began to write her best-known book ‘A Voice from the South: By a Woman from the South’ and published it in 1892. The book is regarded as a Classic African American text and is viewed as one of the first articulations of Black Feminism.

Anna Julia Cooper delivered many lectures propagating the right to self-determination and improvement of women and the concept of civil rights and liberties. In 1906, she was forced to resign from the post of Principal of M Street Colored High School due to the infamous ‘M Street Controversy.’ She joined the Lincoln Institute in Jefferson City, Missouri, a historically black college and taught there for four years. In 1910, a new superintendent of Washington D.C. colored school invited her to rejoin the M Street School as a teacher and accordingly she joined the school as a Latin teacher and remained there until 1930.

In 1911, Anna Julia Cooper started studying part-time for her doctoral degree at Columbia University. However, she could not continue the study due to the death of her half-brother in 1915. She had to adopt the five orphaned grandchildren of her half-brother and sent them to boarding schools in due course. She again resumed work on her doctoral degree in 1924, this time at the University of Paris in France. She completed her dissertation ‘The Attitude of France towards Slavery in the Revolution’ in 1925 and secured her Ph.D. in the same year. She was the fourth African American woman to have achieved the distinguished honor.

In 1930, Anna Julia Cooper retired from M Street School and became President of the Frelinghuysen University for working adults in Washington, D.C. She held the post until 1941. After her retirement, she continued to write on topics related to slavery, education, and others. She wrote her autobiographical account ‘The Third Step,’ focusing mainly on her earning the doctorate from Sorbonne. In 1951, she published a memoir of the family of a friend of hers, titled ‘The Grimke Family.’

In 1877, Anna Julia Cooper married an older teacher of St. Augustine’s, George C. Cooper and resigned from her job due to the prevailing custom of not allowing a married woman to work. Unfortunately, her husband died within two years of their marriage. She returned to her teaching job after her husband’s death and never remarried.

Anna Julia Cooper was a pioneer in black feminism. She is referred to as the ‘Mother of Black Feminism.’ As an educator, she had immense faith in the potentials of African American and believed in the leading roles of black women.

Anna Julia Cooper was born as a slave and lived right up to the dawn of the modern civil rights movement. Reverend Martin Luther King Jr. took his famous march on the capital in 1963 signaling the era of oppression. Anna died the following year in 1964 at the age of 105. She died due to a heart attack in her sleep on February 27, 1964, in Washington D.C. Her funeral was held at the chapel at St. Augustine’s College in Raleigh, and she was buried alongside her husband at the city cemetery in that city.